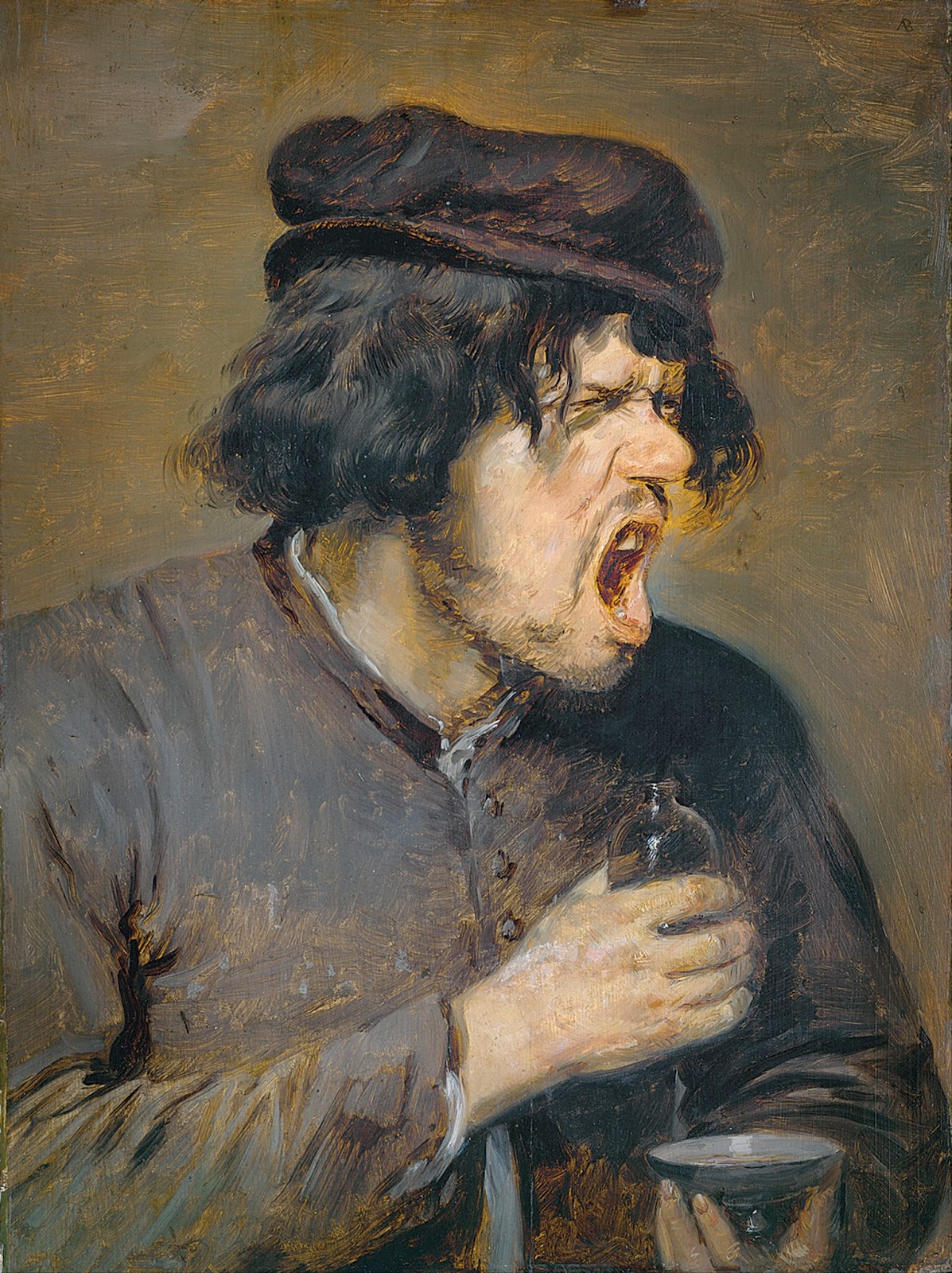 Potions are one-use magic items that need to make contact with the skin in order to deliver their effect, which is usually based on a magic spell. Simple, right?

By and large, potions show up in treasure hordes in the form of edible concoctions (referred to as potions) and oil. In either case, they are presumably kept in little bottles that hold maybe a fluid ounce of liquid. I wouldn’t be surprised if more than a few referees even come right out and tell their players that they’ve found a potion.

Potions do not have to take the form of little bottles of liquid magic, though. And even when they do, they do not need to be distinctive from other common liquids. Keep your players guessing with a few of these alternate or variant forms for magic potions and oils:

Acid - something must be burned to release the magic

Blade – a small blade, it must be run across the palm and draw blood – the mixture of blood and steel releases the magic worked into the blade

Brackish water – just because it’s disgusting, doesn’t mean it isn’t also magical; it will force players to check out those seemingly useless puddles on dungeon floors

Candle – this could be a delayed release version of a potion, or a potion that affects a group of people (say a potion of invisibility sphere, for example); could also require a person to burn themselves to release the magic or perhaps the candle must be snuffed to release the magic

Cheese – or any dairy – “From enchanted cows …”

Chicken – gruesome, perhaps, but the chicken or other small animal must be snuffed out to release the magic – perhaps appropriate for the temples of evil cultists

Cord – perhaps it must be cut, or maybe it must be tied into a bow to release the magic

Cosmetics – lipstick, rouge, eye shadow – could be embarrassing for rugged adventurers; with lipstick, one person might have to put it on, but another might have to kiss them to release the spell, which then affects them both

Cracker – not the biscuit, but the Christmas favor; several crackers that must be pulled simultaneously by a group could be even better

Dye – the dye must be spilled on an item or one’s skin to release the magic, and the stain remains long after

Eggs – they must be cracked open, releasing a poof of foul-smelling gas that is sniffed to gain the benefit

False mustache – the mustache must be applied, and lingers thereafter until shaved off

Firecracker – see the cracker above; especially good for an Asian-themed campaign or dungeon

Flower – pluck a petal to release the magic; this could also work for a multi-charge (but not rechargeable) magic item

Fortune Cookie – the magic is released by cracking the cookie, and if the spell released is a divination, maybe the knowledge to be delivered is on the slip of paper inside

Glass sphere – not unlike the egg above, though perhaps not as disagreeable to the nose; could also just be a stone ball that is struck against something
Grease – a variation on oil, but might have the effect of making a person slippery

Horn – one blast from the horn releases the magic; the horn thereafter is either inert, or it disappears; the same could be done with a trill of a flute or by striking a tuning fork

Image – not a treasure item, but a magical image could be imprinted on a person’s eye and hidden beneath an eye patch – when the patch is risen, the image appears before the person and the magic is released

Locket – the magic is hidden inside, and released when opened

Match – must be struck to release the magic

Mud – another variation on oil; remember when you twisted your ankle and your coach told you to rub some dirt on it and walk around? Same principal

Needle – a finger must be pricked, and perhaps the magic only works on a particular finger

Nosegays and asphidity bags – one strong sniff is all it takes – maybe the scent ends when the duration of the magic ends, or maybe it lingers

Paint – maybe applied to the body, or maybe to a surface (for a dimension door effect, for example)

Perfume – in this case, not all that different from oils – make the barbarian smell like lilacs if he wants the potion of healing!

Pies – after all, you’ve seen how quickly a Hostess fruit pie can take down a super villain

Pills - the higher the level of spell, the bigger the pill

Plaster – in Elizabethan times (and I think beyond), small plasters in the shapes of stars, crescent moons, etc. were applied to the face as beauty marks; perhaps these must be applied, or perhaps they must be ripped off to release the magic

Powders – inhale them, swallow them or powder your face with them

Riddle – when it is solved, the answer releases the magic

Secret – not a treasure item, but a magic-user could write a secret message on a person’s back with magical inks that releases the spell when another person reads it

Soap – you must bathe with the stuff to get the effect; this conjures up granny women and their lye soap to me

String – could be for a bow or for a musical instrument – must be strung and then plucked, at which point the magic is released and the sting snaps

Tinctures – an alcoholic extract of some plant or animal, not terribly different from a potion, though maybe the tincture is applied to the eye as a drop

Tobacco – or other potent weeds, of course; must be smoked to release the magic

Tune – a slip of paper with a seemingly harmless tune, singing or whistling or humming it releases the magic; unlike a scroll, anyone could release this magic and it cannot be transferred into a spellbook, but like a scroll it only works once

Wine – many wines were spiced in the old days, and one could imagine such a preparation having arcane applications as well; or perhaps the grapes are enchanted while on the vine