A Duet of Spells

Since most of my time right now is devoted to editing, it's been tough to produce new material for the blog. I guess I had the Bard of Avon buzzing in my ear this weekend, though, when I wrote these thought up these spells ... 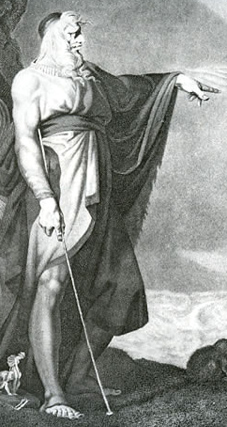 One target within 30 feet has terrible, bleeding wounds opened up on its hands and feet. The pain is terrible, leaving the creature crippled (see Conditions) and imposing a -3 penalty to attack and perform tasks involving holding tools or using their hands (pick pocket, open lock, etc.).

For Lawful clerics, though, it also brings on an apotheosis, increasing their caster level by +2 and granting them a +1 bonus to save vs. magic for 24 hours.


I've been wanting to do something Shakespearean - perhaps this points the way.