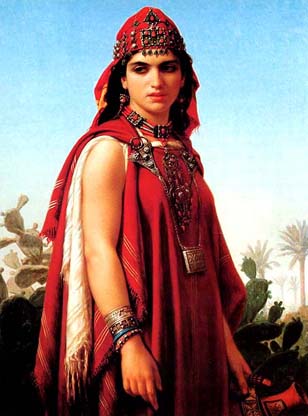 Just to show that these nicknames are good for more than pseudo-European nobility, I offer three pseudo-Arabic nobles (and yeah, I like 'em so much I'm going to use them in NOD eventually).

Mansour the Lion, Bey of Rumm
Mansour the Lion is a handsome man, aging and rugged, who commands a fortress where the desert sands meet the savannah. Caravans of traders and pilgrims move through his land, making him wealthy, and his many wars against the nomads have made him famous throughout the kingdom. He looks upon the Sultana Azzah with hopeful eyes, but her heart lies elsewhere. Mansour’s retinue includes the half-ogre fighter Isaam (F5) and his comrade, the sly Ziyad (F1), four men-at-arms and two scribes.

Shafeeq the Landless, exiled Amir of Pazazabad
Shafeeq the Landless is a the son of Bishr, the former Amir of Pazazabad. That wondrous city-state was overrun by goblins not three years ago, and the young man has wandered ever since with his retinue, seeking support for a reconquest of his land. The retinue includes four scribes, two sergeants-at-arms and his father’s court magician, the cloying Nazihah of the Nine Lamps (M3). He is also accompanied by Intisar, a lesser aristocrat and the rambunctious daughter of Pazazabad’s greatest merchant (and, unknown to others, the traitor who engineered the goblin invasion) Haarith of the Hoary Beard.

Azzah the Liberal, the Iron Sultana, the Leopardess, Sultana of Keshfar
Azzah is the Great Sultana of all Keshfar. Learned, wise and fierce, she commands the deserts, savannas and sea for hundreds of miles from her domed capital of Nadid. Despite her coteries of handsome petitioners and the adoration of her people, she knows he is not getting any younger and must soon choose a husband that her line may continue. Mansour the Lion seems the logical choice, but her heart burns for Shafeeq the Landless, if only she knew where he was. 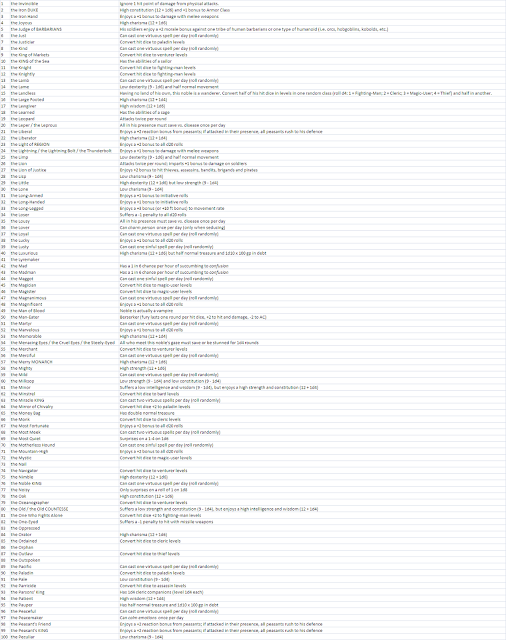