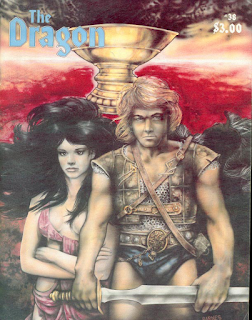 It's Fall here in Nevada - finally. Summer usually lingers until Halloween (or Nevada Day, if you prefer) and then gets its back broken. But Dragon #38 was published in June of 1980 - summertime!

The guy on the cover is appropriately attired for summer, though somewhat less so for adventuring. It's worth remembering that the male equivalent of the chainmail bikini was the fur underwear that graced many a barbaric warrior in the 1980's (and professional wrestlers - it was really the heyday of violent men in their underwear).

So, onto the ten best things about Dragon #38! 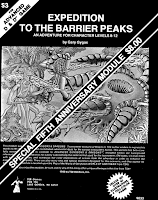 The first is S3 - Expedition to the Barrier Peaks, the special Fifth Anniversary Module! Only $8.00 - approximately $23 in today's dollars. Am I selling my stuff too cheap? Well, I'm not writing classic modules, so probably not.

I'm not trumpeting this article because it's a truly great addition to the world of Dungeons & Dragons. Rather, because it takes me back to a day when these sorts of "scholarly" articles about the game were not so unusual.

Lakofka was a master of them (and he perhaps still is). He had a penchant for digging into the elements of the game, thinking deeply about them, and then reworking them for his campaign. Were they better for the attention? I suppose that's a matter of opinion ... but I like that he did it.

In this article, he presents new percentage chances for dragon's speaking and casting spells. He also comes up with the chances that dragons might cast spells other than magic-user spells. He also presents a three new dragons - Brown, Orange and Yellow. The brown dragon has faerie fire and lightning breath weapons, the orange dragon color spray breath weapon (I dig this) and the yellow dragon has breath weapons that cause disease and blindness. 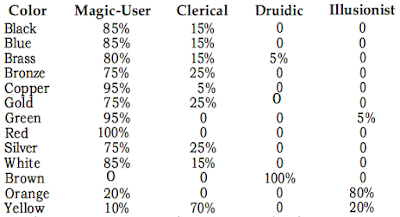 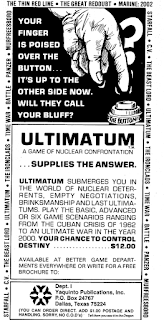 Merle Rasmussen writes an article about a new game ... Top Secret. I never played it, but was always intrigued. I did a quick check, and didn't see anything about a retro clone of this one - maybe some fan out there can create one. In the meantime, I would suggest checking out Bill Logan's White Lies. Looks awesome.

Speaking of spies and espionage ... the Cold War. The advertisement to the right was one of many games about nuclear destruction (or its bizarre aftermath) from the period. I'm never sure if the people writing them didn't want it happen a little. This one also brought to mind Supremacy. Fun game - I played it often. I remember the f-u move in that game was, when it was obvious you were going to lose, to nuke your own territory and launch a nuclear winter so that nobody won. Tricky, weird, stupid game, but lots of fun with friends. Right up there with RISK and Axis & Allies.

The old man himself speaks on the idea that good characters must be stupid ...

"Good does not mean stupid, even if your DM tries to force that concept upon you. Such assertions are themselves asinine, and those who accept such dictates are stupid."


Which begs the question: Is Raggi the Gygax of his day?

"Female dwarves are neglected not because of male chauvinism or any slight. Observers failed to mention them because they failed to recognize them when they saw them. How so? Because the bearded female dwarves were mistaken for younger males, obviously!"


I was never big on bearded female dwarves, but I think I'm changing my mind. Time to commission an all-female dwarf party illo for the new Blood & Treasure. 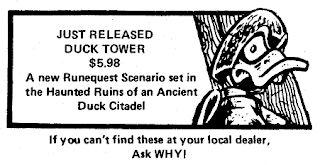 Always wondered what the heck the deal was with the ducks in that game. Was it Howard the Duck inspired? 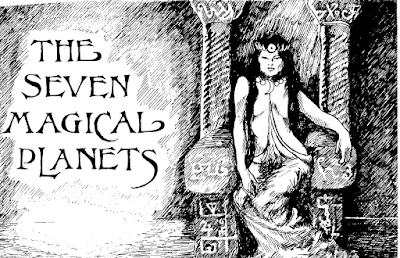 The article draws on Agrippa to present the magical correspondences of the different classical planets for use in gaming. For example, here's the entry for the Sun. 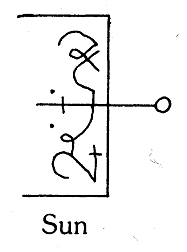 
Description of Archetype: A blond, golden-skinned child holding a sceptre. A rooster crowing. A lion roaring. A sleeping gold dragon. The phoenix rising from flames. An individual with a tawny complexion, yellowish eyes, and a short, reasonably hairless, handsome body. A wise, honorable personality, courageous to a fault, but constantly seeking praise.

Tarot Trumps: The Sun, The Wheel of Fortune, The Hanged Man.


This is just one of those really useful articles for generating gaming ideas.

I freaking love the line drawings for miniatures they used to do in The Dragon. I want to make them all into characters. And, most importantly, I want to learn how to draw something that cool in such a small, compact package. 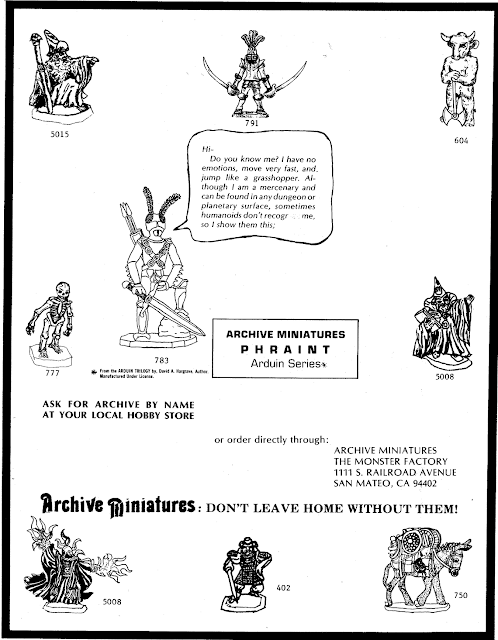 I know, but look at this thing! 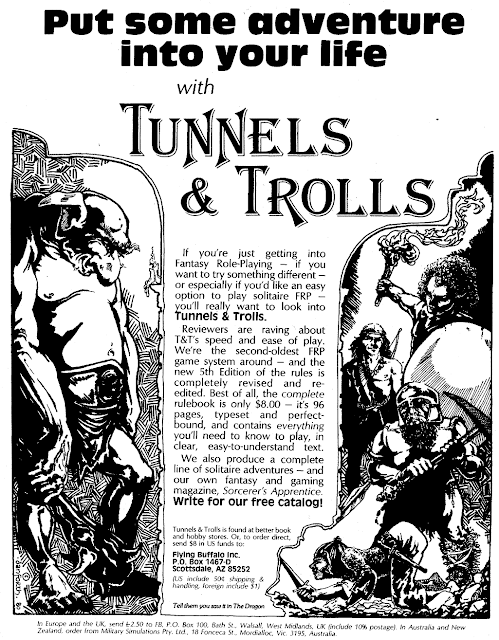 The Electric Eye article by Mark Herro looks at two games - Civil War and Star Trek. Why is this so cool ... because when I was a young nerd, my father borrowed a book of programs from an old nerd he worked with and I typed the Civil War program into a computer and played it. So help me God. To kids out there, I might as well be explaining about the day the guy who invented fire showed me how it was done.

Sometimes it's the monster's stats that make you want to use it. Sometimes its the art. For the flolite, it's the art. 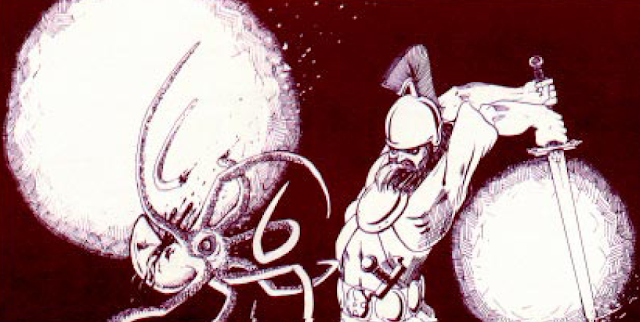 And dig the Dyson-esque hatching on the verges of the lights. So cool.

So what about the stats for Kevin Readman's little beastie? Here's the B&T version:

The monster's eye, if harvested, protects an adventurer from the level or prime requisite draining abilities of vampires, night hags, wights, etc. What a great adventure hook - the adventurers know they have to take on a vampire in her castle, or follow a night hag into the Astral Plane to retrieve the Christmas dreams of the children of Sombertown, and to avoid the energy drain they must first venture into the desert after some flolite eyes. 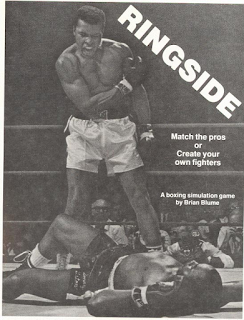 A game by Brian Blume in this issue - Ringside - that simulates boxing. "Match the pros or create your own fighters."

I admit, I've never been into boxing, but this sounds like a fun game for a Saturday afternoon. Invite some friends over, make a championship belt, and have some fights.

The game is pretty simple - Agility, Endurance, Counterpunch and six punches. Combat uses a punching chart. There are basic rules, advanced rules and campaign rules, and stats for 30 of the greats, including Ali, Jack Dempsey and Rocky Marciano.