Using Skills to Evoke a Setting 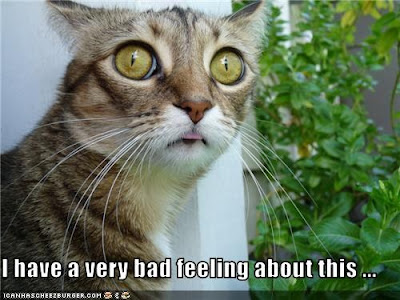 While OD&D did not have a skill system, it did have skills. They were very focused skills that probably emerged from game play within a dungeon - "find secret doors" and "find traps" rather than a generic "search" skill, for example. OD&D saving throws were similarly specific, with "Save vs. Dragon Breath" being much more evocative than a generic Reflex save. When I wrote Blood & Treasure, I tried to use a similar system in naming skills, keeping them dungeon-centric to evoke memories of the old game and to create a certain dungeon-exploration-atmosphere in the game.

This got me thinking about using a similar structure in making similarly simple games that are meant to be evocative of a period or a genre. Take Star Wars for example. Are there certain tropes in Star Wars that might translate into interesting skills? Maybe "Bad Feeling About This" to handle something like an intuition that the adventurers are heading into something wrong or dangerous. "Swing Across Chasm" might also be appropriate, and I'm sure there are some lines in the movie about R2-D2-oriented actions that could work as well. The point would be that asking a player who is blanching about a course of action to make a "Bad Feeling About This" check would put them into the Star Wars mindset. A Star Trek-inspired game might have skills like "Analyze Spacial Anomaly" and

One can also think of things done more in a particular genre or show or movie than in other genres or shows or movies. You may not need a "Translate Ancient Dialect" check in your average spy game, but in an exploration genre, it makes good sense.

So - for those readers who like to play along at home - how about  throwing out a few genres or franchises with a list of trope-inspired skills for them. They can be a bit comical, but should be skills that would be useful in a game.
Posted by John Matthew Stater at 4:45 PM