More from the Mountains of Chaos

A few more locales. I'm commissioning art today, so I think I'm on schedule to get NOD 25 out at the end of this month.

5534 GIANT’S VAULT | DUNGEON
In the elder days, the giants constructed a vast dungeon beneath the mountains here to hide the hammer first used to construct the lightning bolts hurled by Jove. The hammer broke, but it contains massive residual energies useful for forging lesser magic items. The dungeon is guarded by all manner of giant creatures (all large or huge), and it is sized accordingly. The halls are patrolled by ten purple worms with amethyst faces embedded in their heads. The faces can communicate with one another and control the monsters, making them all the more dangerous to intruders. 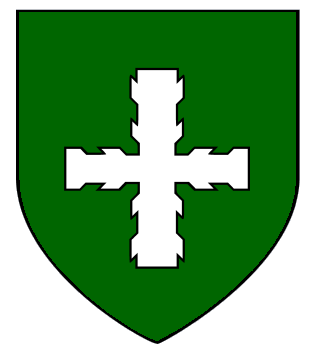 Nimbus is a great mountain fastness, a concentric castle of light grey marble painted white, with five towers and a central keep flying the green banner of the Countess D’Aurzi, a pleasingly plump woman with perhaps the shrewdest mind in Umbriago, and an iron stomach that allows her to drink ogres under the table. She is attended by three consorts, her chosen knights Melus, Urgis, and Amarionnus (her favorite, but the stupidest and thus not worthy of ruling by her side).

Surrounding the castle there is a village of tall, narrow houses composed of grey brick with red doors. Brass nails are pounded into the doors for good luck, and hung with strings of beads. The houses are set on gravel streets radiating out from the castle and separated by triangular pastures on which the city’s fine cattle are grazed. Wooden posts, strangely carved in demonic shapes, look over the cattle. The people fear these totems, which preceded the founding of the city, and never look directly at them without spitting on the ground and tossing a copper coin.
The people walk to their fields, which are watered by underground springs and frequent rains. The city boasts a few artisans and merchants, a mercenary company that is always hiring for the summer campaign season in the north, and a shrine to Eurynome, the titaness of pastures and the matron goddess of the city-state. Three female druids oversee the shrine and tend to the spiritual needs of the people. The trio always includes a crone, a matron and a maiden. The crone tends to the countess and the city government with her wise council, the matron to the needs of the common people, and the maiden to the needs of the herds and fields.

Besides the city’s cattle, there is also timber in the mountains, fertile fields in the surrounding valleys (each protected by a fortified tower keep controlled by one of the county’s knights and topped with a beacon fire to alert the city to danger) and fur-trapping. The fur trade is where the real money is, with traders leading caravans down to the sea in [5627] once per month to trade with merchant galleys from other city-states.

In all, the city-state of Nimbus boasts a population of 600, and the domain around it 5,400 people in four manors, three of them controlled by the aforementioned knights. The fourth is overseen by a huntsman in the employ of the three druids of Eurynome. The city watch consists of six men-at-arms, and the county’s army consists of about 40 men-at-arms, 30 armed with Lucerne hammers and short swords, the others with longbows.

5744 DUCHY OF KESSEL | CITY-STATE
Kessel is the hard-drinking, hard-working red city of the deep mountains. Long isolated from the rest of Umbriago, the strain of orc blood runs deeper here than elsewhere, and the peoples are only barely governable by Duchess Maladi. The people of Kessel are miners and quarrymen (basalt, olivine and peridots), farmers and herdsmen (mountain wheat, stunted pears, cattle), some lumberjacks in the mountains, fisherwomen in the rivers, and a small band of artisans, especially gemners and smiths. 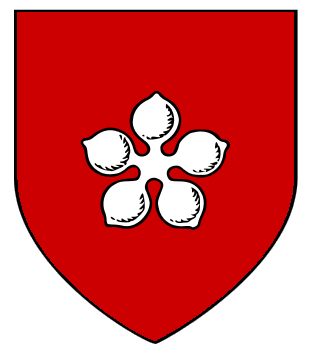 The bourgeois of the town dress in rough finery, the men in arming coats, the women in virago sleeves. The commoners dress in tunics and stockings. The city-state has 400 citizens, the hinterlands 3,600 peasants on four manors, two of them baronial (Baroness Lemba and Baron Morix, siblings with a deep, abiding rivalry that borders on hatred) and one dedicated to the Poor Brothers of Pluto’s Trident, Pluto being a patron of miners, and the patron deity of Kessel.

Duchess Maladi is casually cruel and bombastic, and feared by her people. She has high cheek bones, ruddy skin, and deep eyes of black flecked with gold. Maladi is always well dressed, with leather corset and full skirt and sleeves of crushed damask silk. She carries a silver horseman’s mace as a symbol of office (the face stained with blood, as she uses it to personally execute traitors) and a brace of daggers hidden on her person. Half-orcs and orcs would call her handsome.

The buildings of Kessel are made of red brick with slate roofs. The walls are made of basalt. The city is situated at the end of a broad, long valley, backing up to a dormant volcano. It is also protected by the two rushing rivers. Each river is spanned by a bridge with fortified gatehouses controlling access to the valley and, thus, the city and its fields. An army of 30 men-at-arms (pikemen and crossbowmen on mountain ponies) can be raised to supplement the four permanent guardsmen who man the gatehouses on the bridges.

6026 BROTHERS OF THE EVIL EYE | STRONGHOLD
A monastery is perched on the seashore here, an imposing, windowless structure of basalt blocks, an unsightly pile indeed. The building is home to the Brotherhood of the Evil Eye, a band of goblinoid monks dedicated to Azathoth, the Lord of Entropy and Chaos. They are brutal in their discipline, and many who join the monastery do not make it out alive. Those who survive become a potent force for chaos. The leader of the monastery is a smallish goblin called Zozzo, his lieutenants being Zum and Karx. Under them are 17 first level monks. All of the brothers cover their entire bodies with tattoos or brands of eyes. In addition, they carry silver flutes in honor of their chaotic god.
Posted by John Matthew Stater at 3:06 PM