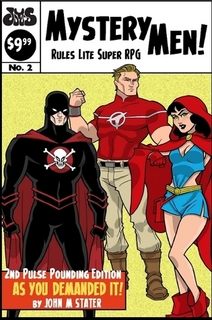 There is much to be had at Anthony Lewis' RPG Stuff-o-Rama, including character sheets and a random  powers chart.

The following pieces are for the first edition of the game. The changes between the editions are relatively light, so these should still have value for players and Masterminds alike.

Excellent Random Power Generator at Mutants & Magic!
A kind review of the game at Puzzled Vikings 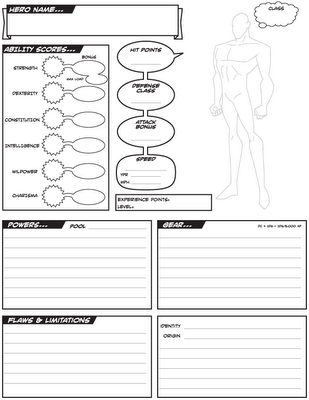