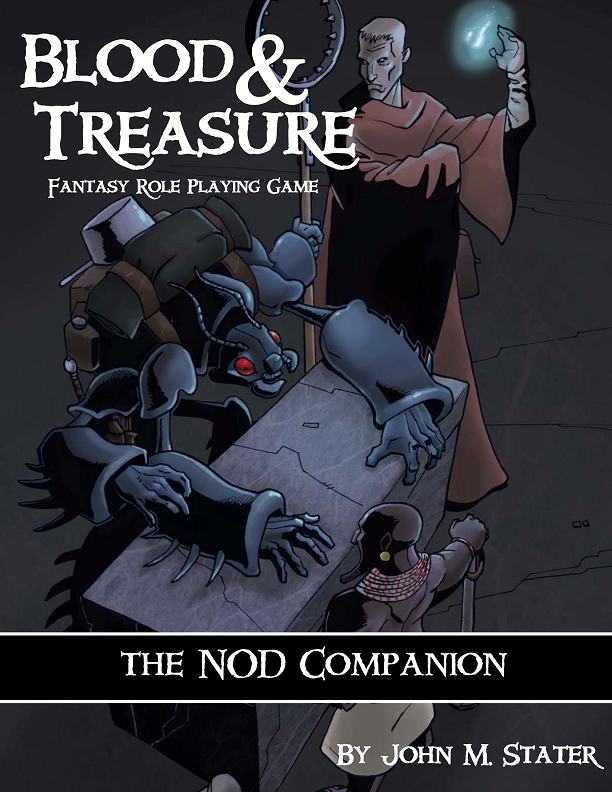 So I finally went and done it - I finished The NOD Companion for Blood & Treasure. What is it?

This supplement for the Blood & Treasure RPG collects in one place articles that players will find useful from NOD Magazine, including more than a dozen new character classes, new character races, new spells, new equipment and several optional rules to help customize your game experience. You’ll also learn the history of the NOD campaign setting and get a glimpse at just how large that setting is!


In more detail, the following is included in the game:

* An overview of the NOD campaign setting

* The History of NOD and its races

* New Races - The Macabre, Notac-Ichat and Utu (the fellows on the cover)

* New Spells - for the Charlatan and Elementalist, but most are available to other classes as well

* Psionic Powers for All (including psychic duels)

All packed into 102 pages

AND - if you buy the hard cover, I'll throw in the PDF for free. Just send me an email (check the right-hand column) with a copy of the receipt. That deal's so good, I must be CRAZY!