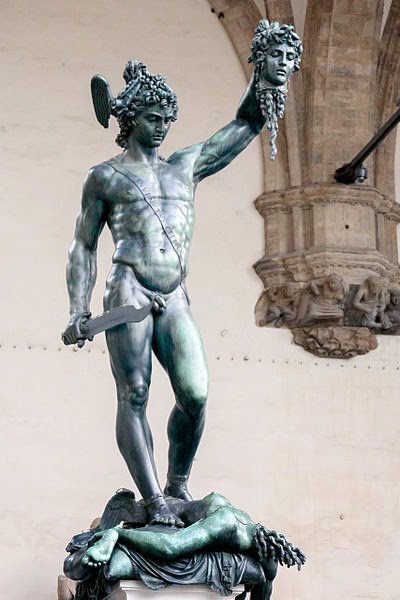 A while back, I tossed out the idea of modeling variant samurai in Ruins & Ronin by swapping out access to armor in exchange for extra special abilities.

Today, I was looking at some classical art, wherein all the great heroes fight in the buff. Now, you could swap out the fighter's normal access to armor with the monk's ability to improve AC by level if you wanted to run a campaign set in classical Greece - in fact, I would suggest it. But what if you wanted to award fighters (and other character classes that normally have access to very good armor) if they want to throw down their metal suits and fight like Hercules?

My idea would be to grant an XP bonus whenever a warrior goes into battle unarmored. You can actually tie the size of the bonus to the amount of armor the warrior forgoes. This can get tricky at lower levels though, when fighters and clerics cannot necessarily afford better armor. You don't necessarily want to hand the fighters and clerics a big XP bonus over the thieves and magic-users when they're opting not to use armor they couldn't get access to anyways. 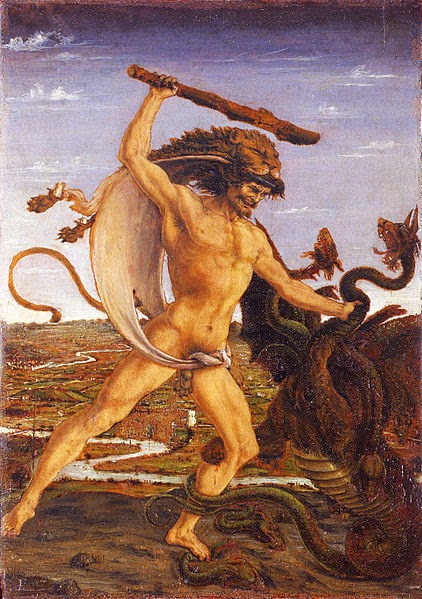 You can reduce these bonuses for characters with more restrictive armor choices; you might decide that thieves who decide to go around virtually naked earn no more than a +10% bonus to earned XP, since they're really only forgoing a couple points of AC bonus.

Shields don't figure into this - the classical heroes often fought with shields. If the armor mentioned above is magical, reduce the XP bonus by 5% per magical plus (so wearing +1 leather armor translates into a +5% bonus to XP).

This could be a fun option for players with fighters who want to challenge common sense, and show off a bit in the process. It could also be a way to model the Xena's and Red Sonja's running around in less-than-optimal armor.