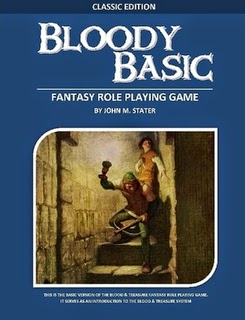 Bloody Basic - Classic Edition is now up for sale as a soft-cover book. A game with characters levels 1 to 6, with elves, dwarves, halflings, fighters, clerics, magic-users, thieves and all the rest of the classic fantasy elements, for $8.99. I'm working on getting the Contemporary Edition out pretty soon as a PDF, and then a hard copy, and then the other editions will follow - Fairy Tale, Chaos, Apocalypse, Jules Verne, etc. 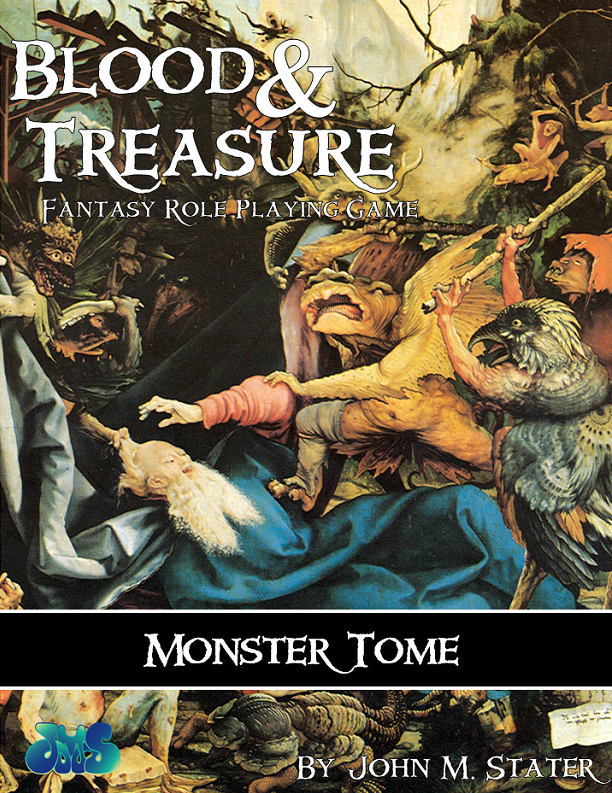 The PDF of the Monster Tome is now available for download for $6.99. It includes 172 pages of monsters, with 258 monster entries. I hope to have the softcover and hardcover books up for sale in two or three weeks. As I often do, I'll be offering a free PDF to those who buy the hard cover edition of the Monster Tome, so if you're planning on buying the hard cover later, you'll probably not want to buy the PDF now.

Just so this isn't a completely commercial post, here's a little notion for using a fate mechanic in your adventures.

When you delve back into heroic fiction, back to the days of the Greeks, Romans and Norsemen, it's hard to avoid the concept of fate. The Fates and Norns measured out the days of a man or woman's life and cut the string when it was time for them to die.

If you're running a game set in these times, or any time if you like it, you might want to inject a little fate into the game. You could also inject Doctor Fate into your game, but that's a matter for another post.

Obviously, you don't want to use fate as a way of arbitrarily cutting a character's life short. You can, however, use it as a way to determine whether character's are beloved or cursed by "the gods".

You could do this in one of two ways.

The first is to randomly determine a person's fate for each adventure, every adventure. First, determine which deities are looking down on the player characters by rolling D10.

If you use the three-tier alignment, roll D6.

If you are using this system, you might want to add a couple spells to your game.

Read Signs - 1st level spell for clerics, druids and magic-users; tells you the alignment of the deity watching over the characters during this adventure.

The other way you can use a system like this is to put the characters' fates into their own hands. Instead of always rolling to determine a character's fate for an adventure, the player's instead offer themselves up for judgment. The system works the same way, it just puts the decision in the hands of the players.