Navigating a Fantasy World with Google

I was looking at some paintings this morning by British artists working during the Victorian period. The painting below was painted by Richard Parkes Bonington in 1826. It depicts the Rialto in Venice.


Since the Rialto is a landmark, I decided to have a look on GoogleEarth ... 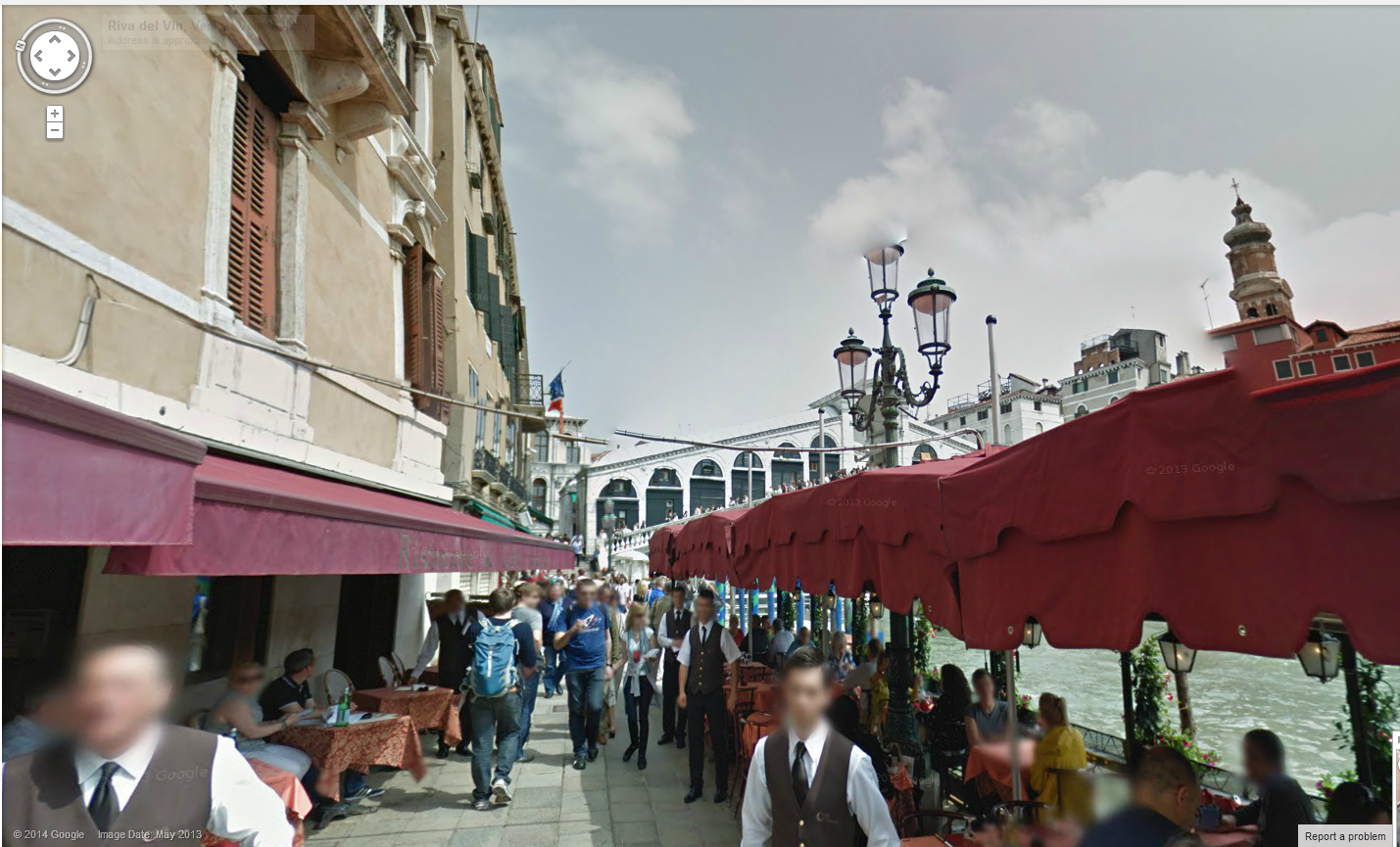 Not the same angle, of course, but close enough. This got me wondering how useful it would be to use GoogleEarth's street view for fantasy gaming. I've used it in the past for a Mystery Men! game, mostly to stage a chase and fight in Chicago IL. That was set in the 1960's, so not so far in the past that the modern cityscape wasn't close enough to use "as-is".

This section of Venice has some nice alleyways that appear to be "walkable" in GoogleEarth, and the buildings don't seem terribly different from 1826, when the above painting was painted. It makes me think that by picking an old city, and jumping into the old part of that city - the part that's been kept "oldey-timey" for the tourists - you might be able to turn it into a fantasy city and navigate players through using random encounters and random building tables, and a few set pieces, to facilitate play and give them a better reference point when fights break out or cut purses nab their gold and a chase ensues.

Carcasonne, France - be sure to have your adventurers stay at the Best Western Hotel le Donjon.

Unfortunately, many cities outside of Europe don't have street views available, such as Algiers' famous Casbah. You can at least use the street maps, though, and supplement it with old paintings.

You can also use real world landscapes from GoogleEarth for wilderness exploration to provide something more visually stimulating than a simple hex containing a landscape symbol. The NOD hexcrawls use 6-mile hexes. Below, a roughly 7-mile wide chunk of the Himalayas.

And what about random weather? Well, why not just use today's forecast? How is this bit of the Himalayas doing today? Rainy, fairly warm (well, when this post was written, anyways).

Just a few ideas for leveraging modern technology for better tabletop gaming. If you have any tips and tricks, please wax poetic in the comments, or toss in a link to a blog article you wrote.
Posted by John Matthew Stater at 9:02 AM