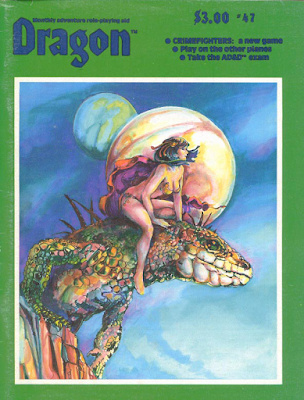 It's been a little while since I had the time to review a Dragon Magazine, but today is the day!

I'm going to kick it right off with a letter to the editor ...

‘The height of absurdity’

I finished reading my December issue of DRAGON magazine in a rage. I refer to the letter from the player (“Lowly Players”) who says his DM won’t let his group subscribe to DRAGON magazine because therein are things meant only for the DM.


The height of absurdity indeed.

Aside from overwrought readers, what else does #47 offer?

Up first is the AD&D exam, which might be fun to put on Google+ for a prize ... something to think about. It looks like it's mostly True or False, which suggests starting with contestants in brackets like the NCAA basketball tournament.

A letter about the elemental planes by Steven Kienle brought up a couple neat ideas, to whit:

"Play on other planes gives the DM a chance to introduce new magic items into the campaign without “overloading” the prime material world, perhaps altering their characteristics or their effects to conform with how they would operate in the alien environment."

Nice idea - offer up some magic items to help survive on the plane, but make them useless elsewhere.


"Because of the strangeness of our appearance to natives of other planes, a character’s Charisma would be reduced by from 1-3 points in attempts to communicate or deal with the creature (but never going below 3). The amount of the reduction depends on how dissimilar the two creature types are; for instance, it might be -1 on the elemental plane of earth, because both life forms have solid bodies, but it would be greater on the elemental plane of air, where the native life form does not have a solid body."


Air elementals do not favor the "flesh time".

"Natives of the elemental planes need not be entirely alien and original; but might be adaptations of creatures found on the prime material. For example, a spider native to the plane of fire would appear as a ball of fire with eight tongues of flame sticking out of it. Most undead creatures would appear different on an elemental plane, since they would be the undead form of a creature native to that plane. For instance, a skeleton on the plane of fire would appear as a network of flames instead of a structure of bones."

The letter reminds me of the old Dragon material, where it was people throwing around clever ideas without "ruling" them to death.

It is followed by a complicated thing about using search patterns while traveling astrally, yadda yadda yadda ... 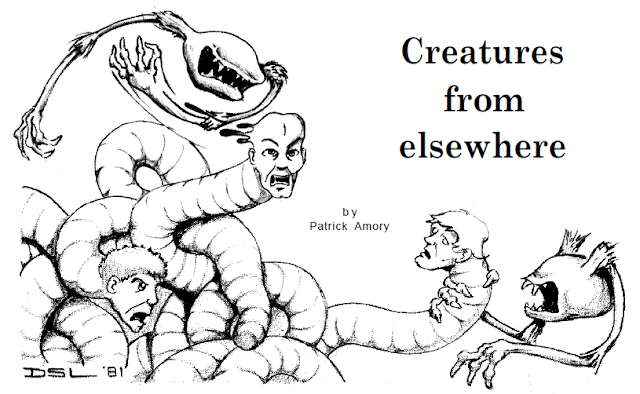 It's a collection of weird planar monsters by Patrick Amory (this guy?), including the wirchler (seen above), the aruchai (blobs of flesh from Limbo), the phoenix from Elysium, the furies from Tartarus, the mapmakers from Pandemonium, the flards of Nirvana and the sugo from Acheron.

"The Wirchler originates from the plane of Gehenna, the Valley of Flame. Fire is their natural habitat, much as air is ours. They are, however, known to leave their dreadful home in groups to search for new prey. At present they pay precious Fire-gems to the Night Hags in Hades in return for Larvae to torture."

Leonard Lakofka then takes a special look at the thief. It's a nice article, covering some things he thinks players miss about playing a thief - picking more pockets, sneaking into camps to steal things or make maps, etc. He also adds a percent chance to set traps, beginning at 26% at first level and topping out at 80% at 15th level. Makes sense to me. He includes a modifier for high or low dexterity, and the following racial adjustments: Dwarves +15%, gnomes +10%, halflings +8%, half-orcs +4% and elves -5%.

Lakofka also adds this tidbit: Multiple Intelligence by 12 to discover the percentage chance that a character can read and write in a language he speaks. This would only impact characters with an intelligence of 8 or lower.

In case you needed such a table. 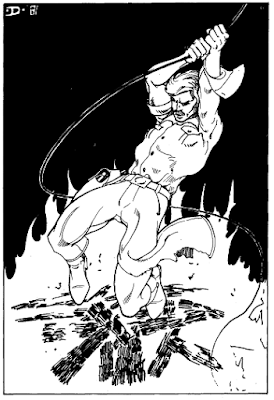 Here's the good stuff - a game by David Cook called Crimefighters, for simulating the heroes of pulp fiction. I wonder if anyone has done a retro-clone of this game?

Combat is measured in seconds in a clever system that requires one to state their actions and then roll initiative. Changing one's actions mid-stream introduces a 1 second penalty.

It comes with an adventure - "The Case of the Editor's Envelope". The set up isn't unlike what I did with Mystery Men!

It looks like a very playable system, with plenty that can be used by folks playing other games.

It's times like these I wish I had the time to whip up a quick game on Google+ - would probably be a blast.

Boy, some of those alien ships in Cluster look familiar: 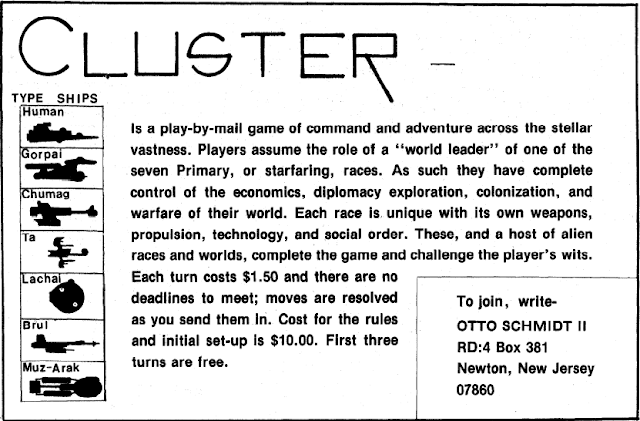 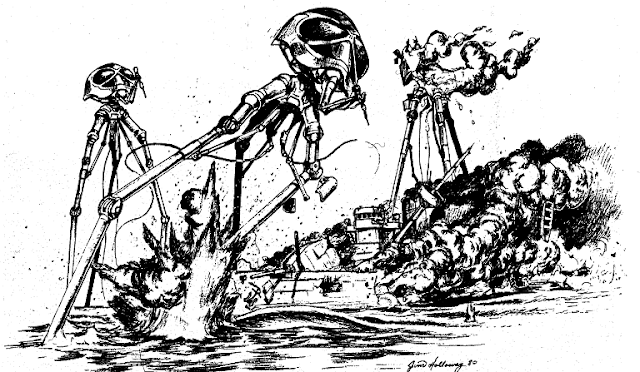 You can pick up a used copy at Amazon.

I leave you, as always, with a bit of Tramp 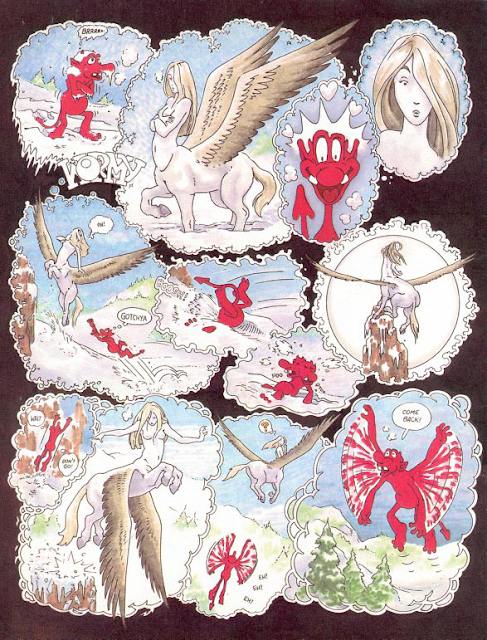 Very Disney-esque, this one.

Have fun on the internet, and don't give into rage if you discover somebody won't let their players read the Dragon.
Posted by John Matthew Stater at 11:35 AM