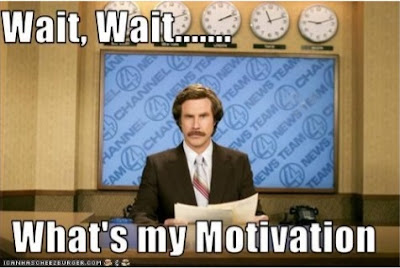 I was recently thinking about the people I've played games with over the years, and what motivated them. I think a big part of being a successful Game Master is figuring out what gives players a thrill and then trying to find ways to work those things into your game.

Understand, I'm not talking about winning here. Most (if not all) players enjoy winning. Everyone can't be a winner all the time. But consider war games, even such a venerable war game as chess. In a game of chess, one player wins and one player loses (unless there's a draw), and yet people keep coming back to the game. Winning really isn't everything.

The motivations I'm talking about are the situations that give people a charge while playing a game. Sitting behind my GM screen, I could see, as events unfolded, the way eyes would light up. Taking note, I tried, when it was possible, to present the situations people enjoyed in every session to give people a charge and leave them smiling at the end of the night, even when things didn't go quite as planned.

Oh, and when you run into a player for whom winning is everything, don't let them into your group. Nothing but heartache and headache will follow. Unless you actually are the parent of the player in question, it's not your job to teach them how to be a good loser. Maturity matters.

Here are the player types I remember:

1) Combat Junkie - loves rolling dice. Loves a good challenge, whether it's a big monster that has to be swarmed or a mass of minor monsters that have to be waded through, or some weird challenge they have to figure out. While it is true that players in the early version of the game often did their utmost to avoid combat and walk away with the treasure (more on that in a moment), many modern players come for the dice rolling, and put up with the exposition in between.

2) Ladder Climber - loves to level up, buy the better armor, build the stronghold, etc. They love success. This doesn't mean they throw a fit when they don't win, or their character loses a level or dies. That's part of the game. But they really love moving up the ladder, getting the new skills and abilities, and generally showing progress.

3) Make Believer - love to play a roll. Maybe they're wicked, maybe they're motherly or fatherly, maybe their something else, but they like the chance to interact with fictional characters and help write the game along with you.

4) Problem Solver - loves to figure things out. Sometimes these are min-maxers, who place all their focus on bending the game rules to their will. Those guys are a pain in the ass. The best ones are the ones who enjoy solving problems that are in-game - puzzles, riddles, strategy, tactics, mysteries. They love the mental challenge that does not involve dice rolling.

The tricky part about running a game, of course, is balancing these different interests. It is possible that not everybody will love every game all the time - in fact, this is likely. But throwing people a bone in the midst of an adventure that doesn't push their buttons is a good idea, and can make the game better for everyone else.

For example, we'll take the good old fashioned dungeon crawl. Dungeon crawls have been so successful over the years because they tend to make #1, #2 and #4 happy. Plenty of monsters, so plenty of opportunities for combat. Plenty of XP and treasure, so the ladder climber is happy. Problem solvers get traps, tricks, etc. to keep them interested. However, the make believer doesn't always get what they want in a dungeon crawl. What to do? Throw in the prisoner who was kidnapped by the monsters and needs help getting back to their home. Throw in the hesitant monster who wants to parlay (but can she be trusted). Give them some personalities with whom they can interact, and better yet - in whose life they can have an impact - and the rest of the dungeon crawling becomes more palatable.

Here are a couple ways to "throw players a bone" without breaking the game ...

Pointless Fights - You don't want to overdo this - and it's very easy to overdo - but once in a while throw the combat junkie a melee party. Throw a mass of minor monsters into the game who probably will not score a TPK, but who give the junkie a chance to roll some dice. Think of this as the opening scene of an action movie, where the hero and his or her prowess is introduced by them beating the crap out of a bunch of pointless mooks. It doesn't really forward the story, and since it's the first scene you know the hero is in no danger, but it's a bit of fun nonetheless. Again - don't do this too often, and if you're playing something other than an old school game where the combat can be played out with relative ease, think hard before you do it at all.

Story Arcs - A story arc that shows up as recurring characters or a situation that gradually gets dire and then gradually gets better by the players' actions can help keep the ladder climbers (who need more power to face the greater evil), make believers (who can make a fictional difference and interact with the recurring characters) and problem solvers (who must unravel the villain's master plan ... even if there isn't one*) happy, without too much extra work or time spent for the GM.

* Sometimes, the best master plan is actually created by the players. As they discuss what they think is happening, adopt their ideas, or roll randomly for who is right, and then from time to time throw in a curve ball. They think they're figuring it out, when in reality they're writing the script.

The players have some work to do as well. Much ink has been spilled over what the Game Master should do to keep players interested ... but what about the players? Think about it - the Game Master has probably invested far more time, energy and money into the game than the players, and they outnumber him or her by four or five or six to one ... but it's the GM's job to make the game successful? Doesn't sound right, and it isn't right.

What the players can do to help make a game a success is to recognize what their fellow players enjoy, and to indulge them their obsessions. In fact, try to get into those obsessions yourself. Player X likes role playing, Player Y likes rolling dice. Instead of rolling your eyes when the other player is getting what they like, try to find the fun in it yourself. Get outside the old comfort zone, fake it to make it, grow as a gamer - you never know what you're missing until you try.

Just a few thoughts on playing the game ... more crunchy stuff to come. The Monster book will be out tonight .It would be out already, but I can't use rpgnow at work ... I can't imagine why? Oh well - time to write about real estate - see you all later!
Posted by John Matthew Stater at 9:05 AM