I've been needing to get back into the nittygritty of daily blog updates for a while - it's just hard with all the writing and layout and editing and such that I've involved myself in. So, here's another shot at it, based on tiny inspiration and a bit of "hmm - I guess nobody has done that before". 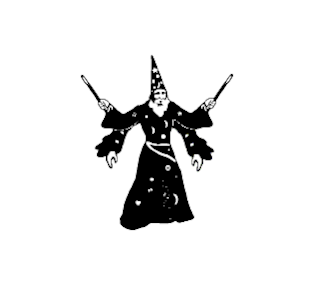 Not every apprentice magic-user has it in them to be great wizard (see the Laser Mage, for example). This drives some into weird cults, such as that of the Arachno, the Spider God. Whispered about by the apprentices in the corners at wizard gatherings, Arachno is a secretive god who grants great powers upon those mages willing to enter his service. His living idols are said to lurk under most great cities, in some otherwise abandoned cellar or sewer tunnel or whatnot.

An apprentice willing to enter Arachno's service must first find one of his living idols (a giant spider) and then parlay with it, offering gifts and oaths and the like. If the giant spider finds the apprentice acceptable, he sheds a spiky hair, which the little magi must use to tattoo Arachno's symbol onto his forearm. This allows the apprentice to enter the spider mage class. Most spider mages will go on to make their tattoo really boss, and they will add others to their body as they advance.

As the normal magic-user class

Climb Walls—As the thief skill of the same name.

Lore—As the magic-user skill of the same name.

Poison Use—As the assassin skill of the same name.

Spider mages cast magic-user spells using the same rules as magic-users. To learn advanced spells, spider mages have a percentage chance equal to their intelligence score minus the spell level.

Spider mages enjoy a +2 reaction bonus with spiders and spider-like creatures, and a +2 bonus to save vs. their poison.

Starting at 2nd level, and at every even level thereafter, a spider mage grows an additional arm. This arm is a normal human arm in every respect, and it bears the same tattoo on its forearm that the spider mage gave himself when he became a spider mage.

For every two additional arms a spider mage grows, he can cast one additional spell per round.

At every even level, a spider mage must bring a sacrifice with levels or hid dice equal to the level he wishes to attain to feed his spider patron. This gruesome feast increases the giant spider's hit dice by +2 and gives it magic use . This magic use starts at first level magic-user spells, and advances by one spell level with each subsequent feast.

Spider Cult
To advance to 12th level, a spider mage must kill his spider patron and bathe in its ichor. When he does this, he starts a spider cult to Arachno, gaining 3d6 adherents (normal humans), 2d6 guardsmen (men-at-arms), 1d6 acolytes (1st level anti-clerics) and a consort (male or female) who is a 3rd level spider mage, as well as a giant spider (large size, 4 HD) to serve as his mount and as the cult's living idol. 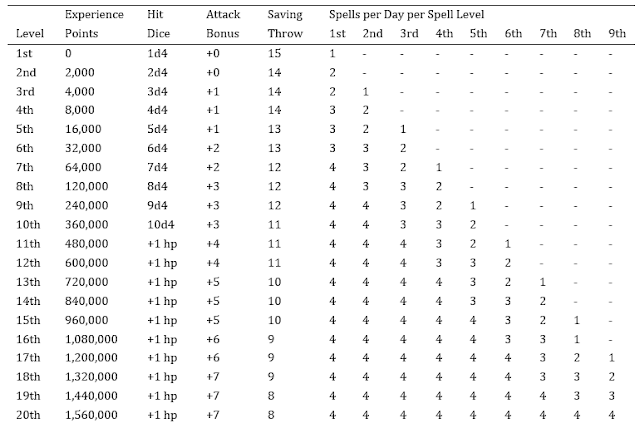