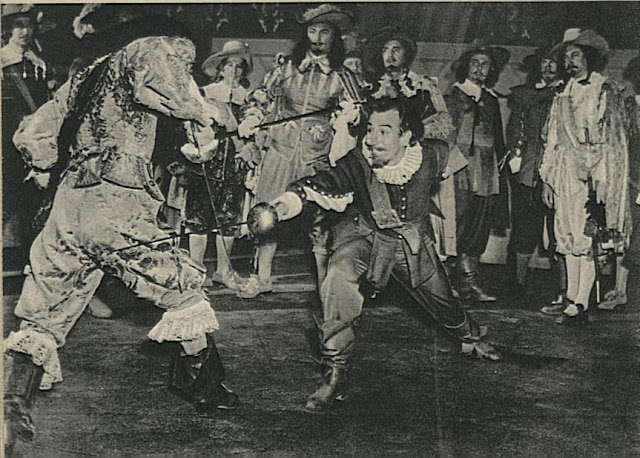 "Hit points don’t represent anything solid or real or concrete in and of themselves. Rather, they are part of a complex calculation that boils down to this: “What are the chances that the next moment of mortal peril you experience will be your last.” That mortal peril might be a sword fight, a poison needle, a trap door … anything that might kill you. Most often, hit points relate to combat.

It is important to remember that hit points are only part of the combat calculation for how likely you are to die. The complete calculation is in two parts. The first part pits your opponent’s fighting skill against your armor and quickness (i.e. his or her attack roll vs. your Armor Class). The second part pits your opponent’s strength and weapon type against your own fighting skill (i.e. his or her damage roll vs. your hit points). While most of the numbers in these calculations are fairly static, hit points moves quite a bit. The more danger you experience, the more likely your next dangerous act will be your last.

This is why a character can go from 100 to 1 hit points without suffering any particular physical hardships. All of those lost hit points represent narrow misses, lucky breaks and scrapes and scratches. Those last hit points lost, though, represent the sword in the heart, the knife in the back, the quaff of poisoned wine or the plunge off a cliff onto the rocks below. It represents the end of the story. (Though if your friends have enough money and are inclined to spend it, that story might have a new beginning).

The alternate dying system (see below) provides an option for translating 0 hit points into injury rather than sure death, of course, but the baseline assumption is that your hit points are merely an abstract measure of your chances of survival. Treasure them, adventurer, and know when to say when."
Posted by John Matthew Stater at 12:28 PM