Adventuring in the Himyarite Kingdom 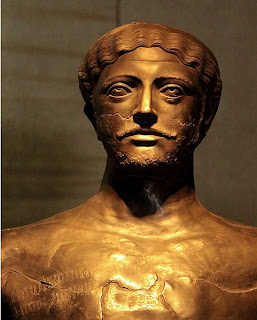 I know, I know – like you need yet one more blog post talking about using the Himyarite Kingdom as a setting for a fantasy RPG. But here we go, just the same …

So, you can call it the Himyarite Kingdom, the Homerite Kingdom (kinda like that one better) or Himyar, but what we’re talking about is a Judeo-Christian kingdom or empire in Yemen, just a hop-skip-and-a-jump away from the pre-Islamic Arabs in the north (“Men, Nomads” is covered), the Egyptians and Ethiopians across the Red Sea, the Romans to the north, Persia just across the Persian Gulf and near much-storied Baghdad and India (and their martial artists - so we have monks covered) across the Indian Ocean.

Himyar was established round about 110 BC, with a capital at Zafar (Sana’a). The kingdom of Sheba (you might have heard of it) was conquered in 25 BC, Qataban in 200 AD and Hadhramaut in 300 CE. Himyar remained dominant until 525 AD. 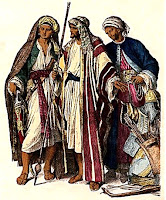 From my extensive reading (and article on Wikipedia counts as "extensive", right?), it sounds like the period from 115 BC to 300 AD might be the most interesting. Himyar conquer Sheba, but its trade is failing due to domination of the north by Nabatea (or orcs, if you prefer), domination of naval routes by the Romans, who have just freshly conquered Egypt, and due to inter-tribal warfare. In other words lots of turmoil and thus lots of opportunity for conflict and gaming.

Because Himyar is a Christian state, it makes a great base of operations for clerics. Allow all the pagans, be they Arabs, Egyptians or Romans, to use druids but save the clerics for the Judeo-Christians. The Israelites and Ethiopians would probably also use clerics. This could make for an interesting ancient zombie apocalypse campaign, with only a few peoples having access to clerical turning – perhaps the Roman conquest of Egypt has awakened the entombed pharaohs, who are now, as mummy lords, leading armies of the undead all over the world. 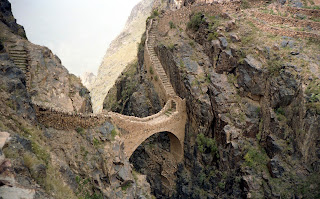 Some of the local kingdoms other than those mentioned are such fabled lands as Punt, Kush, Aksum, Damot and Awsan.

Demihumans – what about the elves and dwarves and halflings? Well, you can either distribute them throughout and not worry about whether they belong there, or you could replace them in name only. The elves are replaced by the jinn, the doughty halflings by the amazons (Themiscyra is just north in Asia Minor, after all) and the dwarves by the wondrous blemyes (no heads, faces in chests) who apparently live along the coast on the Africa side of the Red Sea!

Armor and Weapons
Most of the fantasy standards would be available in a campaign like this, with the exception of platemail (though perhaps the mirror armor of India would suffice) and maybe some of the later European pole arms.

Landscapes and Sights
“Look, Sahib, there is the way to Ubar. It was great in treasure, with date gardens and a fort of red silver. It now lies beneath the sands of the Ramlat Shu’ait.” 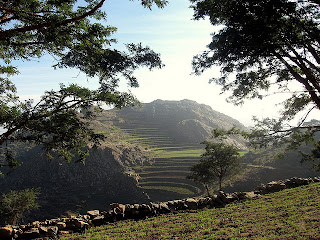 Yemen is mountainous (i.e. dwarves, dragons and dungeons are not out of place here, and an old bas-relief from Hadhramaut features a griffon) and somewhat lush, but is otherwise surrounded by arid deserts and sea. Pirates have plenty of places to play, and desert nomads are covered as well. Perhaps one could mix in some desert orcs with the Arab tribes.

So, what is there to explore and plunder in this region? Well, the mega-dungeon known as Irem of the Pillars is lurking somewhere in the Arab sands (remember, this is fantasy Irem, it doesn’t have to be the ruins of Ubar – maybe Ubar is another mega-dungeon) and not far from this fabled site of God’s vengeance one finds Lovecraft’s Nameless City. 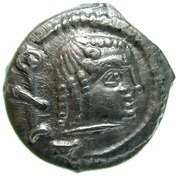 Across the Red Sea, you have pyramids galore to plunder in Egypt, and in Ethiopia, if you dare, there sits an honest-to-goodness artifact – The Ark of the Covenant – guarded by, one must believe, a brotherhood of Ethiopian paladins and their paladin-king, the Lion of Judah – maybe they are all mounted on celestial lions?

Over sixteen megalithic standing stones were found on the coast of Tihamah – no doubt they are involved in some sort of dimensional portal, a thin bastion against an invasion from Hell, Asgard, the Mind Flayers of Dimension X or the femazons of Venus. 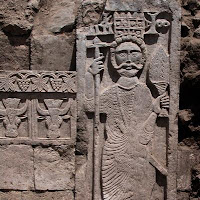 The Thamudi cliff dwellings have to form a dungeon with some sort of amazing secrets, given that they were apparently punished by a soundwave from God for some manner of infraction. Maybe it wasn’t a punishment from God, but rather an experiment of super-science gone horribly wrong – a weird monster unleashed on the world at large, but trapped within their subterranean city!

The Wabar Craters – what created them? Was it something from the mysterious rogue planet Nibiru? Did it burrow into the sands? Is it dining on the King of Baghdad’s caravan as we speak – the one that was carrying his daughter south to be married to the King of Himyar?

Posted by John Matthew Stater at 9:28 AM