Juggernauts - Bring the Hulk into a Dungeon Near You! 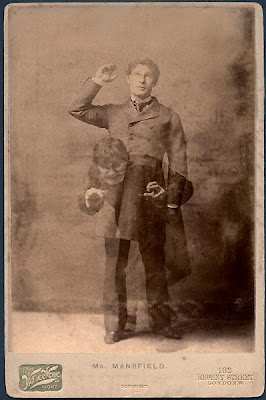 Fantasy worlds are loaded with alchemists, who either spend their time making weird nonsense like tanglefoot bags (ugh) or assisting magic-users in making magic items. Presumably, they also spend some time brewing up headache powders and distilling spirits, because that’s where the gold pieces are.
Some alchemists are meant for bigger things, though. Not every brilliant young person gets a gig working as an apprentice to a magic-user or gets training for some other PC class with a high intelligence requirement. A few of these young geeks are bound to walk down the path of one Dr. Jekyll, and one or two of them might suffer the same fate and then run around sacking dungeons. Well, I mean it could happen. Just go with me on this one.

Juggernauts are alchemists with the ability to transform into something much worse, a la Mr. Hyde.

REQUIREMENTS
Intelligence 15 or higher, strength 8 or lower, constitution 12 or lower

HIT DICE
D4 per level until 10th, +1 per level thereafter

ATTACK AND SAVE AS
Magic-User

SPECIAL ABILITIES
Juggernauts spend most of their time in human form, as 90-pound weaklings in the garb of alchemists. In this form, they have the following abilities:

Identify Potions & Magic Items—A juggernaut can make a Will save modified by his Intelligence modifier to attempt to identify a magic item, potion or poison per the identify spell.

Brew Potions—Juggernauts can brew potions as magic-users. Alchemists begin the game knowing the formulas for 1d4 + their intelligence bonus in 0-level magic-user spells and one 1st level magic-user spell. They can learn other formulas by recovering magic-user spellbooks and scrolls and researching them. To do this, they need a laboratory and one day per spell level (or one day for 0-level spells) and must make a successful Will save modified by their Intelligence modifier and with a penalty equal to the level of the spell.

Once a juggernaut knows a potion’s formula, he or she can brew the potion using the normal rules.

Alchemists are also capable of aiding magic-users in manufacturing magic items.
When angry, frightened or after suffering at least 6 points of damage from a single blow, a juggernaut makes a startling transformation, truly becoming a juggernaut. Juggernauts have the following traits:

• They re-roll their hit points using d12 in place of d4. When they return to normal, they regain their original hit point total.

• Their natural Armor Class and strength increase based on their level (see below).

The juggernaut remains transformed for an entire battle. After the battle, they remained transformed for 1d4 hours. While transformed, they are arrogant, blustering and violent. This can be a real problem when trying to sneak around or solve puzzles.

Juggernauts get the following special attacks:

Knock-Back (4th level)—When the juggernaut causes damage with a physical attack, the victim must pass a saving throw or be affected as per an Bull Rush attack.

Stomp (7th level)—The juggernaut can stomp on the ground, creating a minor earth tremor. All creatures within 10 feet must pass a Fortitude save or be knocked prone.

Thunderous Clap (10th level)—The juggernaut can clap its big hands together and create a shockwave in a cone 30 feet long and 30 feet wide at the base. All creatures within the cone must pass a Fortitude save or be deafened and suffer 1d6 points of damage (2d6 if tiny sized); creatures within 10 feet must pass a Fortitude save or be knocked prone. Open, natural flames within the cone are snuffed out and gases are blown out of the cone of effect.
Posted by John Matthew Stater at 9:12 AM