Hey all - I'm finishing up NOD Companion and NOD 22, and I need to start thinking about NOD 23. NOD 22 will be the first issue of NOD without a hex crawl - instead I'm doing a couple adventures, one being Dungeon of the Apes and the other a zombie plague adventure for Mystery Men!. NOD 23, however, will return with a brand spanking-new hex crawl, and I want you folks to decide what I'm writing.

Below, you shall find a world map of the Land of Nod. Previous hex crawls are indicated by the yellow boxes, the numbers corresponding to the issues in which the hex crawl appeared. The red boxes with the letters are the possibilities for the next hex crawl. These boxes correspond to the following locations in Nod ...

A - Sea of Divils - A little slice of Hell on Nod - a shallow sea controlled by devils and their followers and flanked by the cities of the strange people of the Pearl Coast.

B - Azsor - When a dwarven messenger stumbled into the camp of a hill chief called Mogg, little did he know he was helping to found the kingdom of Azsor, a kingdom where dwarves and human live together and a kingdom threatened by giants, trolls and the wild men of the steppe.

C - Klarkash Mountains - The Klarkash Mountain are not only home to the kingdoms of the hobgoblins and the human city-state of Guelph, but also to an underworld where the drow are the least of one's worries.

E - Ende - The dusty plateau of Ende holds four warring city-states, each ruled by a monster in search of the ultimate power that lies at the center of the plateau. 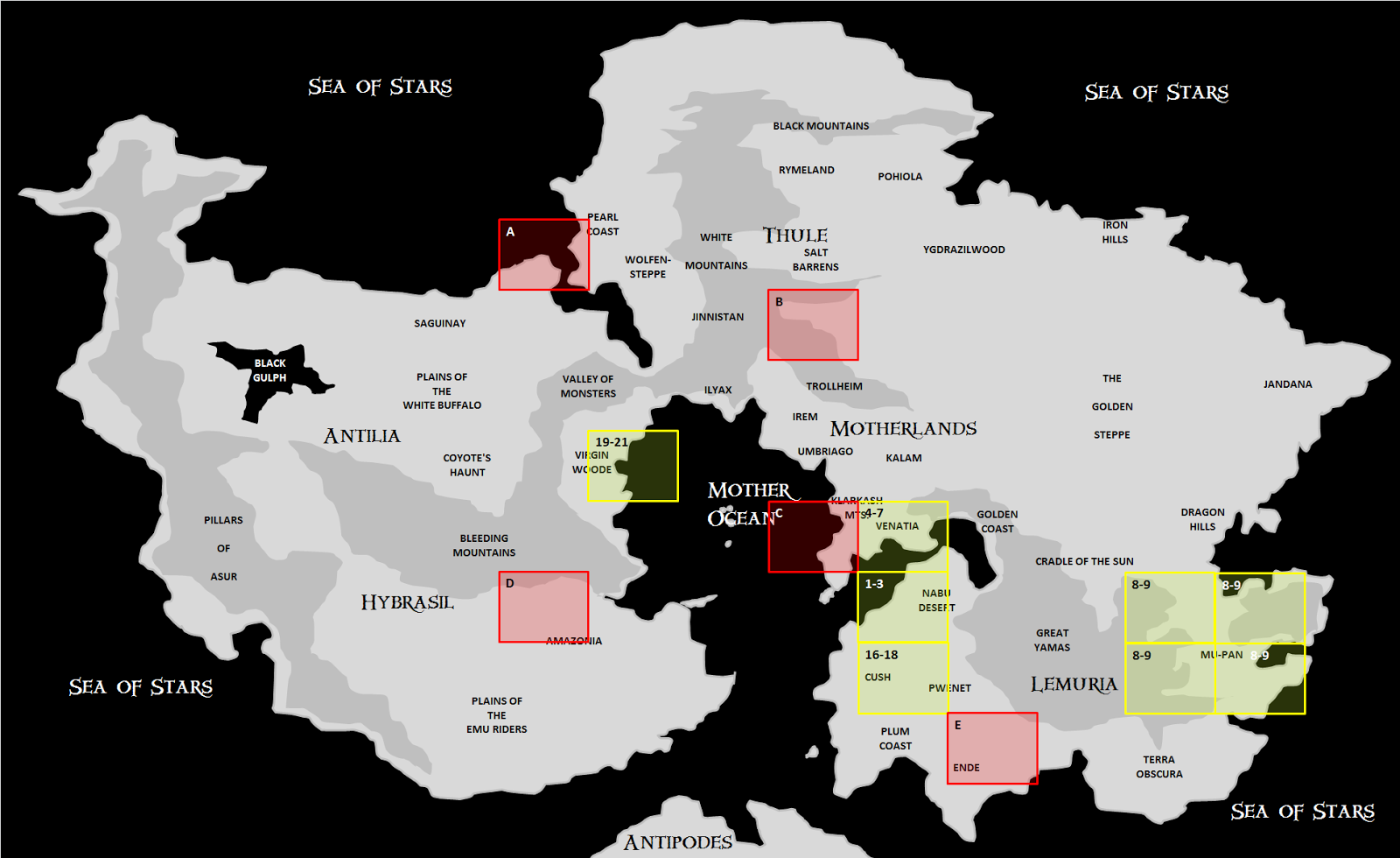 So, one and all, if you have a preference, vote below. Whatever gets the most votes determines the next stop I'll be taking in the Land of Nod.

Oh, and if you want to see the map sans boxes, here it is. 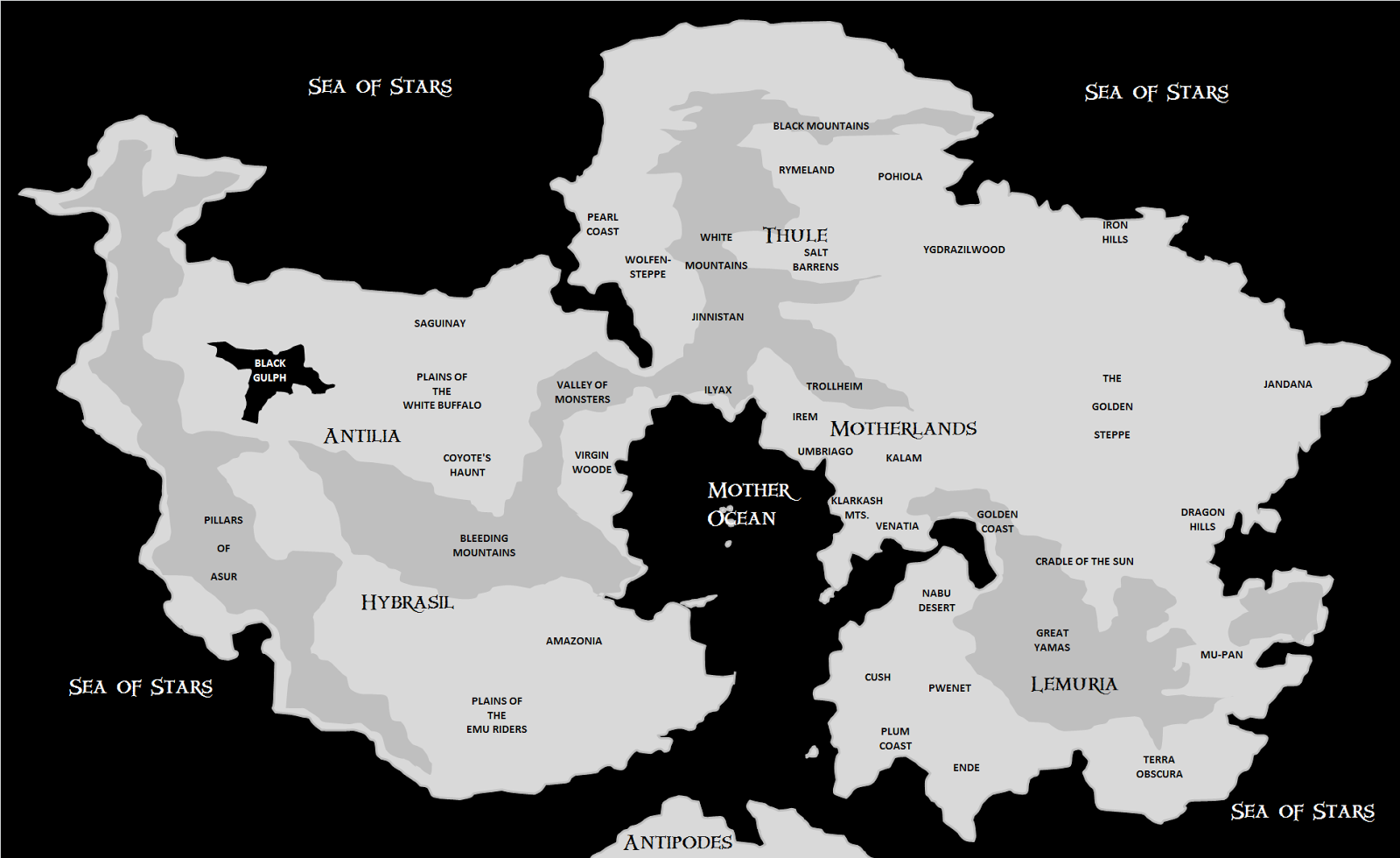