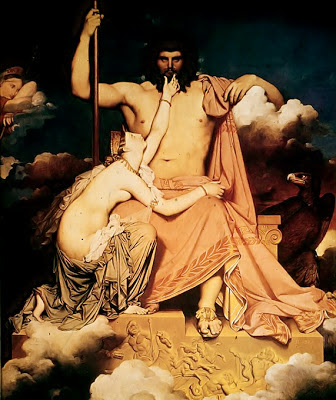 And so we come to part 2 of my article on variant nymphs. Enjoy (can't wait to commission art for this one!)

MELISSAE (HONEY NYMPHS)
Melissae are the nymphs of honey bees. They appear as 4 to 5 ft. tall women of exceptional beauty, with golden skin and honey-colored hair. On their backs are wings like those of a giant bee, and they have a fly speed of 30 feet.

Once per day, a melissae can summon a swarm of bees (per summon swarm). They do not have the gaze attack of normal nymphs, but their kisses act as a charm person spell. Melissae are immune to poison, and most carry a magical mead that acts as a neutralize poison potion. Melissae cast spells as bards rather than druids. They are usually encountered with 1d6 giant bees.

NAIADS (WATER NYMPHS)
Naiads are the nymphs of fresh water, dwelling in rivers, lakes, streams and pools. They are among the more pleasant of their kind, enjoying dalliances with mortal men and rarely doing lasting harm to mortals. Naiads are about 5 feet tall and generally resemble elves. They have pale skin and silvery hair.

Naiads are amphibious. They have a swim speed of 50 feet and are resistant to cold damage.

NEREIDES (SEA NYMPHS)
Sea nymphs dwell in salt water, often constructing small palaces for themselves below the waves. Their leader is the famous Thetis, mother of Achilles. They usually have pale skin and golden hair, with deep blue eyes.

Nereides are amphibious. They have a swim speed of 60 feet. Nereides are resistant to cold damage, have 10% magic resistance and can only be harmed by silver weapons. In place of a normal nymph’s gaze attack , nereides can sing a siren song that affects all within 100 feet. At minimum power, this acts as a bard’s fascinate ability, but nereides can also use it to deliver the following spells: Charm person, charm monster, suggestion, command, confusion or fear.

NYMPHAI HYPERBOREIOI (HYPERBOREAN NYMPHS)
The nymphai hyperboreioi are the nymphs of the taiga. They are hardier and more barbaric than their southerly sisters, and excel at archery. Nymphai hyperboreioi stand about 7 feet tall, have pale skin (often freckled) and flowing red or blond hair. They are always found wearing leather armor (or furs – count them as leather armor either way) and carrying short swords and longbows.

Hyperborean nymphs have 8 Hit Dice and enjoy resistance to cold damage. In their hands, bows and arrows always carry a +1 magical bonus. When making trick shots with their bows, they enjoy a +2 bonus to hit. Hyperborean nymphs do not have the normal nymph’s gaze attack, but they can imbue their arrows with a charm person effect; when an arrow is so imbued, it deals no damage. Rather, it disappears into a cloud of smoke when it strikes a target, and that target must pass a Will saving throw or be charmed.

OCEANIDS (OCEAN NYMPHS)
Oceanids might also be called greater nereides. They are the daughters of Oceanus and Tethys, and thus have titan blood flowing through their veins. Oceanids are exceptionally lovely, with blue-green skin and hair like sea foam. They can appear in the form of mermaids, or as humanoids.

Oceanids have 9 Hit Dice, AC 18 and a swim speed of 90. They can only be harmed by +1 or better weapons, have magic resistance 25% and are immune to cold. They can breathe air or water. Once per day, an oceanid can enlarge herself (as the spell), an artifact of her titan heritage. Oceanids cast spells as 9th level druids. In place of a normal nymph’s gaze attack , oceanids can sing a siren song that affects all within 1 mile. At minimum power, this acts as a bard’s fascinate ability, but oceanids can also use it to deliver the following spells: Charm person, charm monster, suggestion, command, confusion or fear.

Oceanids can control water at will, and they can rebuke water elementals as an evil 9th level cleric can rebuke undead.

OREADS (MOUNTAIN NYMPHS)
Oreads are earth nymphs who dwell in the mountain and rugged hills. They avoid contact with non-fey, and are less apt to seduce a mortal than most of their kin. Oreads have nut-brown skin and auburn hair. Their eyes shine like rubies, sapphires or emeralds.

THEMEIDES (GUARDIAN NYMPHS)
The themeides are the daughters of Zeus and Themis (i.e. they’re true demigods), who serve both as prophets and as keepers of divine artifacts (a certain famous saint’s mace, perhaps). While these warrior nymphs appear at first merely as red-headed nymphs with bronzed skin, when attacked one learns of their true nature.

Themeides are only struck by +1 or better weapons, are immune to lightning and fear and enjoy magic resistance 30%. They have 12 Hit Dice. In combat, they can summon chainmail and spears that appear on their person. Both chainmail and spear crackle with energy; while on the nymph they act as +1 magic items and the spears deal +1d6 electricity damage with each hit. When a themeides dies, her armor and weapon disappear.

Themeides cast spells as clerics rather than druids.