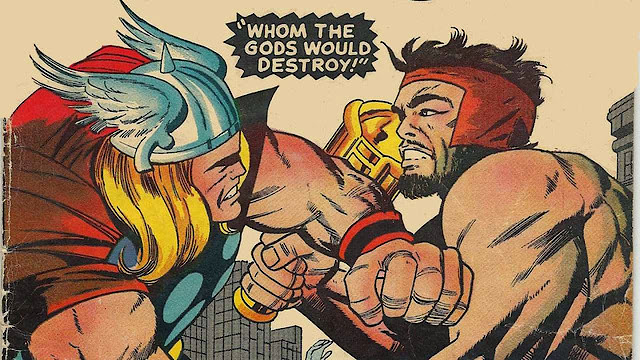 It would be hard to tell who the first adventurer in literature ever was, but I suppose Gilgamesh might fit the bill. Gilgamesh is the son a human king and the goddess Ninsun, making him a demi-god. In the annals of adventuring, he has good company – Heracles, Achilles, Cuchulainn, Hanuman, Māui, Perseus, Theseus, and many more.

So if demigods can be adventurers in myth and literature, why not in Blood & Treasure?

First things first – we need to define our demigods. If one has some experience in fantasy role playing games, they’ll know that demi-gods are usually depicted as extraordinarily powerful entities. Obviously, characters that powerful would not work well as adventurers, unless one was doing some pretty epic adventuring.

Our demigods are going to be a bit more human (or demi-human), and like other adventurers, are going to become more powerful as they advance in levels. In other words, they’re going to be on par with the other characters – don’t expect them to eclipse the magic-users, thieves and fighters in the party.


The demigod gains one power based on his or her parentage, as follows:


Demigods are supernaturally tough, and gain the Armor Class bonuses as a monk.

Demigods are born to greatness, and are expected to do great things. A 1st level demigod is given an ordained labor by his divine parent. This works as a geas, and requires the demigod to do one of the following by the time he or she reaches 4th level.


Demigods are renowned for one of their physical or mental abilities, and this ability grows as their fame grows. A demigod increases his or her highest ability score by one point at 2nd, 4th, 6th, 8th and 10th level.

A 5th level demigod gains magic resistance equal to 1% per level, to a maximum of 10%.

A 9th level demigod may establish a hero cult for themselves. The demigod must construct a temple in his own honor and in the honor of his divine parent. The demigod then attracts 1d6 men-at-arms per level, 1d6 first level clerics or druids and a 4th level cleric or druid to serve as his high priest.