I'm going to start trying to produce off-the-top-of-my-head, not-well-thought-out campaign ideas on Fridays, from now until eternity (or until I stop, whichever comes first). Today ... 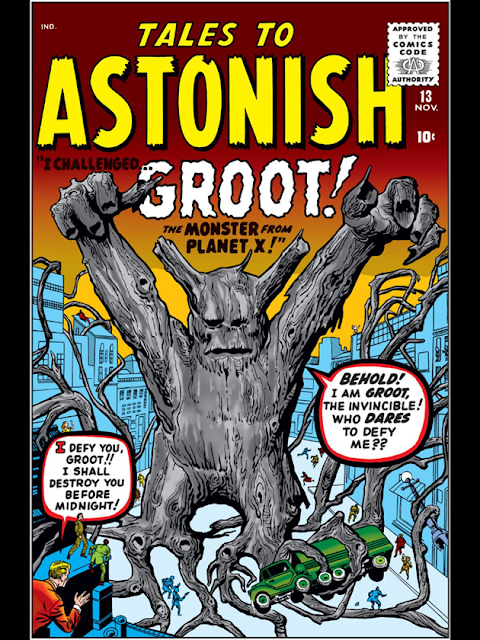 A strange meteor falls from the sky (or a archmage screws up a spell, or Zeus has a fever dream), releasing a bizarre monster (basically Groot, but not the lovable version we saw in our movie houses, but more like the monster from the old comic books ... which I never read, and which may also have been lovable) and strange radiations and gases and electricities and vibrations and such. The trees awaken! Everywhere! Billions of them!

All of these trees are treants, and they're under Groot's command. Groot is using them to conquer the world. Obviously, wooded areas and elves are hardest hit. The great elven kingdoms perish quickly under a storm of knobby fists and splinters. A few escape the slaughter and attempt to rally the other fantasy races.

The dwarves are besieged in their mountain hideouts.  They'll try to sit it out ... unless the fungi monsters are on Groot's side as well. Eventually they'll get hungry, though, and have to grab their father's axes and get down to business. 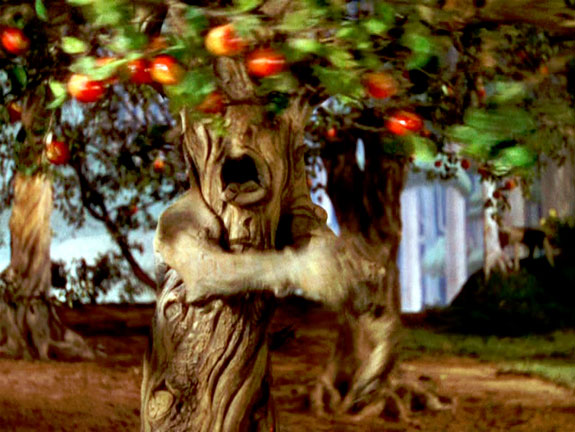 The halflings are attacked by their own orchards ("Are you insinuating my apples aren't everything they're supposed to be?"). Humans deploy crack squads of lumberjacks (and the Spanish Inquisition, because, obviously trees expect them least of all), but they're outmatched by all those damn treants and people are forced into deserts ... unless they are the kinds of deserts with cacti ! They're also trees! Spiked treants who are super good at retaining water! Ye Gods! 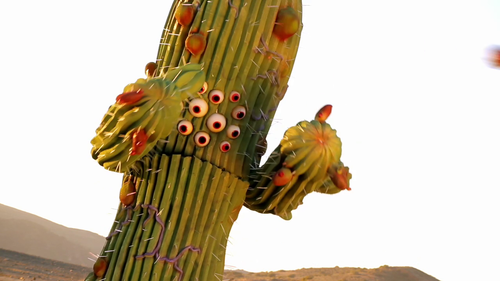 Do the treants have allies - heck yeah! Assassin vines, those other vines that make people into zombies, various animated shrubbery ... well, plant monsters in general. Maybe dryads chuck in with their new mobile homes as well (damn tree-huggers). Nymphs have always struck me as a bit shifty. They become the Mata Haris of the Arboreal Invasion.

Obviously, the key to survival is to get to Groot and destroy him, and that means ... a party of oddball murder hobos. Help us, player characters, you're our only hope!
Posted by John Matthew Stater at 9:52 AM