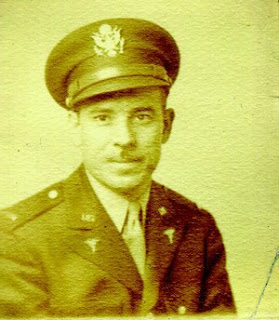 Just taking a moment to say thank you to the troops, past and present!

If you would like to do more than just say thanks - consider giving to these organizations ...

Image above is my grandfather, Dr. John H. Stewart (or Pa, as I always called him). He served in a M*A*S*H unit in Japan after the atomic bomb was dropped on Hiroshima. My father served in the Air Force in the closing days of the Vietnam War. God bless them both.
Posted by John Matthew Stater at 9:35 AM

Email ThisBlogThis!Share to TwitterShare to FacebookShare to Pinterest
Labels: Inspiration