3d6 All the Way - A New Way to Make Characters 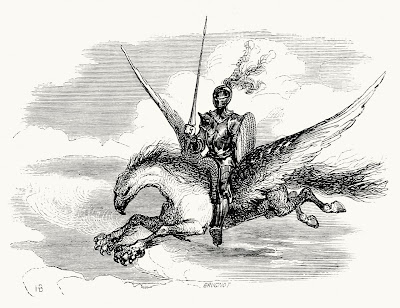 Had a notion about character generation today. So, using the old rules, you roll 3d6 for each ability score, pick a race, pick a class, etc. Nice and simple.

Some people, however, like the idea of ditching classes. Now, I think classes (and monsters) are a brilliant short hand for referees - way easier to use 6th level fighters and owlbears than completely individual, unique enemies. Players, though, might feel constrained with classes.

Well, what's a class? Essentially a collection of bonuses and special abilities. Let's say, though, that you want to run a game without much in the way of special abilities - some pulp fantasy or swashbuckling stuff that's mostly about combat and skills.

Here's my plan. It leaves out experience points and levels, so it should work pretty well for one-shot dungeons or if you just want to assume every character is a competent adventurer and then run through all dungeons without worrying about advancement.

STEP ONE - Roll 3d6 for each ability score. Make a note of the ability bonus. Use whatever system you like, one possible system follows:

STEP TWO - Roll 3d6 for skills and combat abilities. Each skill and combat ability is tied to an ability score, and the 3d6 roll is modified by that ability's modifier. The exact skills you use are up to you - and example follows:

Essentially, you'll keep tracks of the bonus associated with each of these scores. So, if you roll a 15 for strength (+1 bonus) and then a 16 for melee attacks, the strength modifier bounces that to a 17, giving you a +2 melee attack bonus.

Now, how do we use these bonuses? You should be able to run combat just as you always did - roll d20, modify with melee attack bonus and strength modifier, beat AC.

For skill use and saving throws, roll d20 and try to roll beneath the score itself, using whatever modifiers you think make sense. In the case of spells, you'd want to use the spell level as a modifier, probably with some sort of consequence of failing a roll (i.e. cannot attempt that spell again that day, three failures and no more spells for the day).