Or whenever the paladin was first published. I wanted to be clever with the title, but not to the degree that I was going to do five seconds of research with Google.

Paladins, at 5th level, can undertake a quest to obtain a very intelligent mount. Depending on the edition you play, this mount either hangs out with you all the time and sorta requires you to hire a groom or page or whatever to look out for it when you're in a dungeon, or it just pops into existence whenever it is convenient. You can probably guess which concept I like better.

But what if ... what if there were more options than that super-clever wonder horse? Well, how about these ...

(Use as inspiration, or roll randomly with a D12) 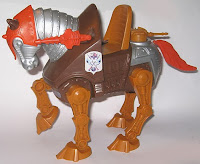 1. Mechanical Warhorse - requires a quest to settle a grudge for the Dwarf King, who forged the horse in his own workshop. Just combine an automaton and a heavy warhorse to get the stats. For anti-paladins, the mechanical warhorse is grey and spiky. 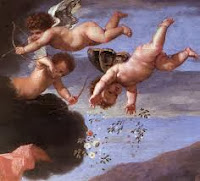 2. Putti - I think I did stats for these fellows once (you know, the chubby, winged babies people mistakenly call cherubs or cupids), if not, just make them Lawful (LG) imps. For anti-paladins, just use an imp.

3. Unicorn - but only if the paladin is female. For anti-paladins ... not sure. 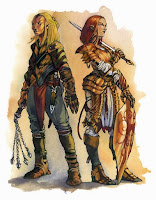 4. Aasimar Squire - 4 HD, of course. For anti-paladins, a tiefling picaroon.

5. Blink Dog - maybe the quest involves rescuing it from a giant's kennels. For anti-paladins, a shadow mastiffs. 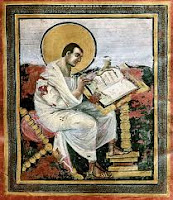 6. Halo - actually a lantern archon with 4 HD that oftens hangs out around the paladin's noggin. For anti-paladins, just craft a red-hued evil version of the lantern archon. 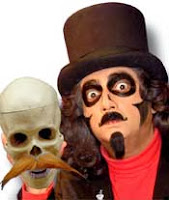 7. Relic - the relic is the skull of a cleric which the paladin can communicate with telepathically, and which can cast spells as a 4th level cleric (though not touch spells, obviously). 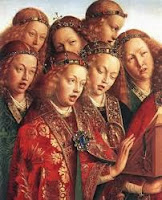 8. Choir - a choir of four 1 HD lay priests who can chant (as the spell) and inspire (as bards). For anti-paladins, four 1 HD flaggelants with scourges who do the same. 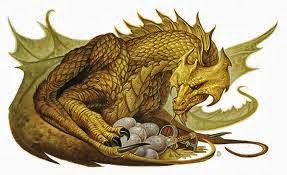 9. Gold Wyrmling - precocious, of course. For anti-paladins, a red wyrmling. 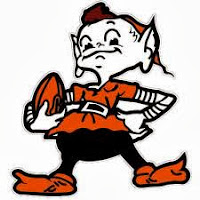 10. Brownie Knight - gained by embarking on a quest for the Fairy Queen, a bit of a curmudgeon. For anti-paladins, a spriggan thug of the Unseelie Court. 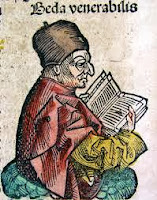 11. Elven Sage - an old codger with silver hair who can cast spells as an adept (venerable master). For anti-paladins, a drow alchemist who may or may not be trying to poison their master.

12. Reformed Prostitute - a prostitute who has seen the light and can cast spells as an adept (venerable master; note, the prostitute is not venerable in terms of age, but in terms of the blessings bestowed upon him or her). For anti-paladins, a fallen, alcoholic friar or nun.
Posted by John Matthew Stater at 1:07 PM