Even though I don't write gaming stuff for a living (thank God), I do keep track of sales. I didn't enter publishing thinking I would make a fortune, but I do like to stay profitable - as long as I'm not losing money, I'm generally okay since I enjoy writing.

Today I crunched some numbers, and thought people might find them interesting.

I started publishing in June 2011, with NOD #1. Overall, sales peaked in in 2012/2013, and may be increasing again in the last few months ... maybe. Just for the sake of reference, I've sold a total of 4,743 units of everything I've ever published (not including free downloads of a couple issues of NOD) on Lulu.com. 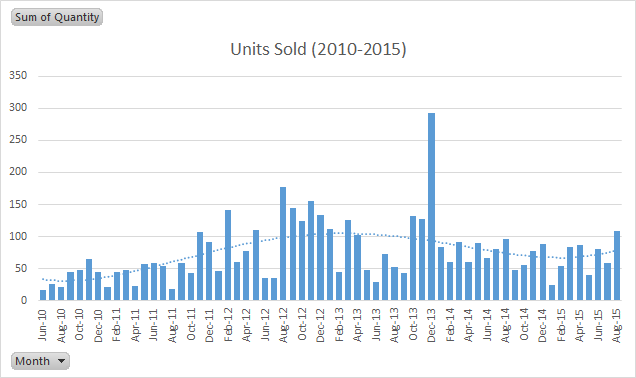 Breaking things down a bit, we see that sales have generally fallen off for most products over time. This doesn't bother me too much - I would expect sales when a product is brand new to be stronger than months or years later ... though of course, I would be very happy if they were stronger. 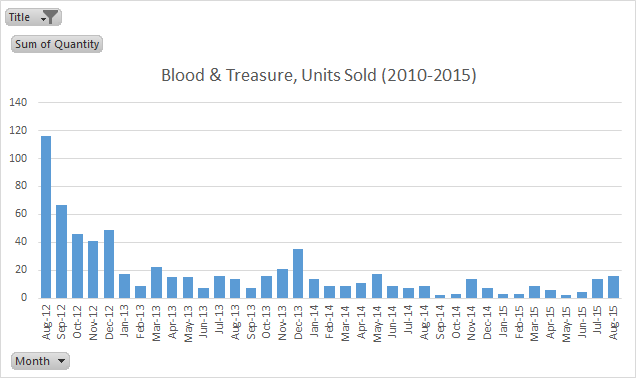 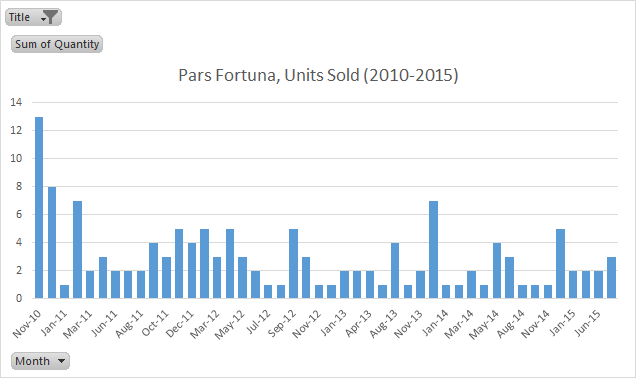 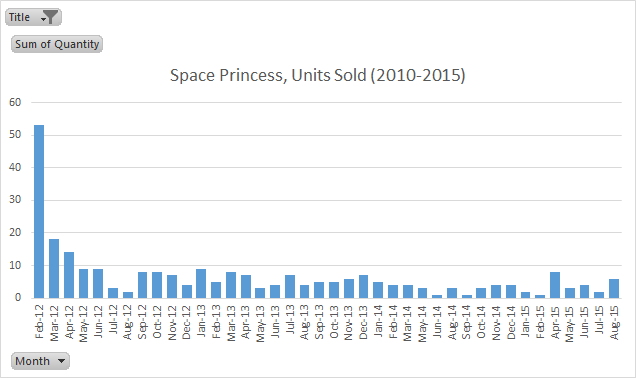 Blood & Treasure will get a new "edition" next year - mostly a redesign and correction of mistakes, nothing drastic (though I will be ditching the half-orc and all the demons and devils ... just kidding). NOD Companion did reasonably well, but not great. Monster Tome sales have been weak, and it was an expensive book to do due to the art costs involved. Oh well - I still think a proper fantasy RPG should have at least one monster book.

I was going to do a Pars Fortuna B&T edition, and bring Space Princess into the Grit & Vigor fold when I publish that later this year, but now I might not. Their sales are steady, and there may be no reason to mess with them other than to improve the quality and correct mistakes. I might also go for a 6x9 format on them. I didn't include a Mystery Men! chart above since I haven't been able to sell it for the last couple years (dangit). Not a canny business move on my part, but hey - live and learn! 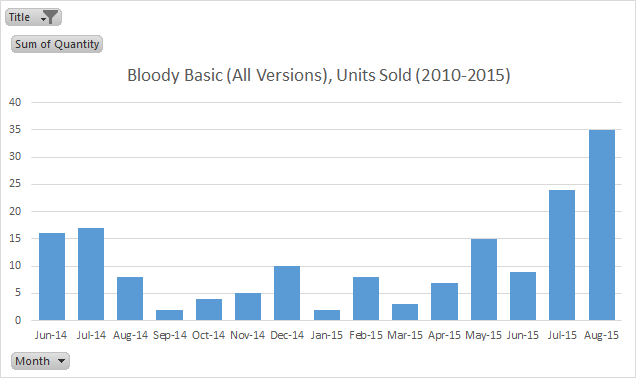 Bloody Basic seems to be on the upswing, and I enjoy making them, so I guess I'll continue. I think the inexpensive mini-games I'm working on might also do well. 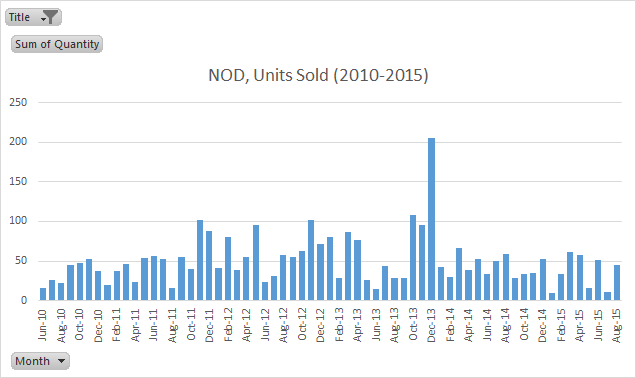 And then there's NOD.

The flagship product ain't getting it done these days. Alas. When we look at sale issue by issue ... 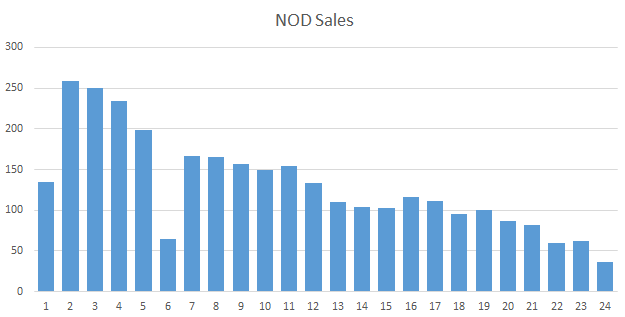 It's even more pronounced. NOD 1 and NOD 6 are free PDF's, so those sales can be ignored. What can't be ignored is the overall trend. NOD 25 and NOD 26 are still pretty new, but they have not reversed the trend. Worse yet, with the last 2 or 3 issues, I'm losing money on the magazine when art costs are tallied in.

1) Stop making NOD. I could do the hex crawls as stand alone products and just blog the rest of it. Not a bad way to go, and in fact I've really thought about doing this. I would also revise the older hex crawls. I might even go for a "vague OSR" rule set for them, rather than B&T.

I've already played with a new look for the covers, and I'm committed to getting NOD onto DriveThru/RPGNow so it gets more exposure.

I also want to bring more contributors into NOD. It's been me by myself for way too long. I want it to be more of a community magazine than just a solo project moving forward.

The problem: If I'm selling hundreds of copies, paying folks for submissions is not a problem. If I'm doing a fanzine that isn't designed to make a profit, asking for free community cooperation is not a problem (getting it might be, but asking is okay). I'm somewhere in the middle. It is a for-profit enterprise, but it ain't that profitable. What to do?

THE PITCH
If you would like to contribute something to NOD (system-neutral, or any system which I can cover with the OGL) - and I would love to have you do so - I can pay a flat $10 per page (after layout), plus a free PDF of the magazine, plus a free advertisement in that issue (or, if you have nothing to advertise, a free PDF of anything else I've ever published). I've been asked if I would accept maps as a submission, and my answer is yes.

I'm going to try this scheme starting now, with NOD 27 (which I hope to publish in late-September, early-October). If this seems to turn around sales and gets me back to where I'm not losing money on the deal, then NOD lives!

If not, then NOD dies and I focus on doing hex crawl adventures with more dungeons included, new monsters, maybe a new class or race (if it makes sense for the setting), etc. Basically hex crawl modules for OSR games, that also happen to fit into the LAND OF NOD setting.
Posted by John Matthew Stater at 9:54 AM