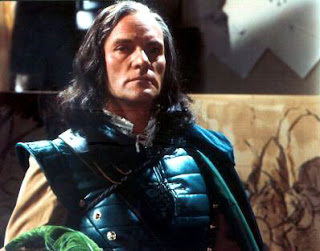 Over Christmas, the fam and I bought a router so I could be productive on my new laptop. As an added bonus, we discovered how ridiculously easy it was to hook the Wii up to the internet. I now have access to Netflix via the Wii on the TV, which brings me to Doctor Who.

A while back, I briefly got into watching the new Doctor Who series on BBC America, and I almost enjoyed them. They were okay, I guess, but didn't totally click with me. This tends to be the case with me and new sci-fi - it's not a matter of dislike (well, sometimes it is), but more often a case of "meh". Strangely enough, I like sci-fi but I'm not that big on special effects, and I'm really bored with computer generate effects. Anyways ... with the Netflix hook-up, I've started watching old Doctor Who episodes, specifically the ones starring Tom Baker. I've never seen them before, but I instantly fell in love with them - right up my alley. I just finished watching "City of Death" and that brings me to the Imperial Office Corps.

The villain in City of Death is Julian Glover, who played General Veers in Empire Strikes Back. As with most people my age who are into sci-fi and fantasy (and science-fantasy), I've probably spent a tad more time thinking about Star Wars than is healthy, and in those ruminations it occurred to me that Veers was really the only Imperial in all the movies who ever succeeded at, well, anything. Grand Moff Tarkin and all his little moffs failed to destroy the rebellion with their technological terror, the various admirals were like the Keystone Cops (clumsy and stupid) and even Vader was a big failure - never caught Luke, never turned Luke, eventually got his ass kicked by Luke. The Emperor also failed in his attempts to turn and kill Luke, undone by his earlier (and maybe only, for all we know) success of turning Vader and establishing the Empire. Veers alone, in true British bad-ass style, didn't screw up - he took out the force field on Hoth and his forces over-ran the secret base.

Now, most students of military history will not be surprised about this. Totalitarian states tend to have crappy officer corps because the ruling elite fear putting competent people in charge of their military - that's a recipe for a coup. Incompetence among the overlord's minions isn't just a Hollywood invention.

So here's to Veers, the finest officer in the clown college of evil incompetence that was the Galactic Empire! 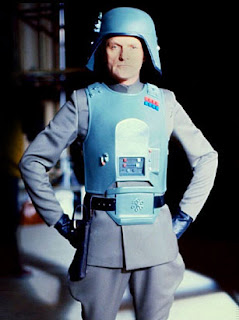 And Boba Fett doesn't count, he was an independent contractor.
Posted by John Matthew Stater at 12:08 PM