Kardiak and Psychedelic for Mystery Men! 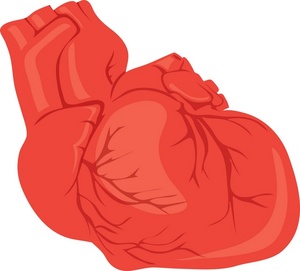 KARDIAK THE CONQUEROR
It was a warm summer night when Lisa Grabowski saw the fortune teller machine on the boardwalk of the (now closed) amusement park in Shore City's Waterfront district. Paint pealing, copper fixtures turned green with time, the old manikin inside beckoned her forward. Dropping a quarter in the slot, Lisa's finger caught on a bit of ragged metal and a single drop of blood followed the quarter inside the machine. That drop of blood worked its way through the machinery until it touched a tiny silver pentagram hidden deep within, and Kardiak was released.

Where Kardiak comes from exactly is unknown, although many prominent mystics assure the government that it hails from another dimension, possibly The Beyond. What it is is horrifying - a disembodied human heart that measures ten feet tall from top to bottom and which has eight "tentacles" that look like oozing arteries hanging from its sides. The entity seems to be quite intelligent, using its rhythmic throbbing to control people and organize them into armies or defensive shields. It can also fly and drain people's lives away with a touch of its tentacle.

One of the more potent threats to ever hit Shore City, it took the efforts of the entire team of Golden Gladiators plus the visiting Zipper to stop it from its plans of world conquest. Kardiak now resides inside a frozen laboratory hidden deep inside a mountain.

PSYCHEDELIC AND SAFFRON
To say Prof. Hammond Davies got a little too into the '60s would be putting it mildly. A chemist by trade, he did quite a bit of experimentation with his own chemicals during the Summer of Love and became the super villain called Psychedelic, a modern day trickster intent on expanding people's minds - whether they like it or not. Although not terribly dangerous, he does rob banks and the homes of the wealthy to keep himself in the manner to which he has become accustomed. Psychedelic is always assisted by a pretty, intelligent blonde chem student he calls Saffron. There have been many Saffrons through the years, but all of them adhere to the same basic template.

Okay - what's the point of all these villains? Well, for one thing they're fun to make up, and they put a more personal touch on the Shore City than just re-using public domain heroes and villains. Also, they will eventually grace the pages of a supplement I want to call VILLAINY INC.
Posted by John Matthew Stater at 4:00 PM