After London, the RPG Campaign Book That Wasn't 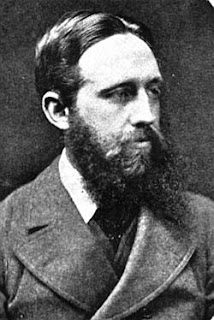 Having recently stuck my toe in the concept of a Victorian post-apocalyptic game (Apocalypse 1898, to be precise), several folks pointed me towards a few 19th century tomes about such a world. One was called After London, by Richard Jeffries. Written in 1885, this is the book that should have been in Appendix N but wasn't (at least, I don't think it was there).

The book is set after much of the population of England has, for some reason (it is never explained, though the narrator posits some notion of a comet being involved and then discounts it), moved on. Over the centuries, England (and perhaps the entire world) has fallen back to a level of Medieval technology and society. The first chapters read like a campaign setting - describing how the villages and towns and fields went back to the wilderness, and how the dissolution of London itself created a stinking, deadly morass. The fall of London's bridges and the build-up of wreckage carried by the Thames has flooded the heart of England, creating a great lake around which much of the English population dwells. They are beset by the warlike Irish (in their ships) and Cymru, fear that the Scots will one day invade, and have to deal with the savage bushmen (descended from the criminal classes) and wandering Gypsy tribes. Jeffries also covers domestic animals going wild. There is no supernatural or paranormal element here - no magic, no mutations, no steampunk - just the world they knew disappearing and a new, more primitive world rising in its place. 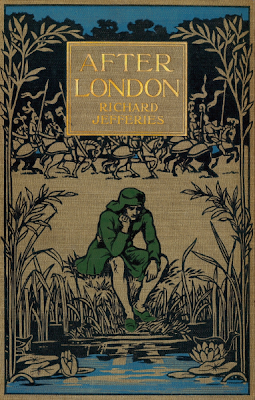 After the "campaign setting" is discussed, we get into the story of Felix. For our purposes, Felix is a 1st level fighting-man who hasn't enough wealth to marry his dream girl, Aurora. Like any other good PC, he decides to go out into the wilderness - in this case out on the Lake in a canoe - and score some treasure (and XP, of course). His journey has a few hang-ups and a few dangers - he gets to see "modern" warfare first hand (and is unimpressed), ventures into the stinking ruins of London, and finally finds some friends in the wilderness. Does he ever return to Aurora? Who knows - Jeffries ended the story in what lots of folks would consider the middle. And maybe, for the old school crowd, this is the best way it could have ended. One adventure over, others on the way.

Should RPG fans read After London? Absolutely. Although it describes a world more akin to Glorantha than Greyhawk, it does a fine job of making that world real and does an equally good job of describing what needs to be described to "run the game". It also has a score of ideas that can be used when running a medieval campaign, especially the importance of status and the very frightening plight of people without it, who can be seized under any pretense, stripped of their wealth, and made a slave. Felix despises this world, but also knows enough that he cannot change it and has to work within it if he ever wants to wed his lady love.

About the only thing I missed in After London - and possibly only because I was reading a version from Project Gutenberg on a Kindle - was a map of future Britain. I was sorely tempted while reading to produce a hex map of the future isle ... and maybe if I get enough goading, I'll actually do it.


Download After London from Project Gutenberg
Posted by John Matthew Stater at 4:13 PM