Saw this at Boing Boing today - a giant scale worm. 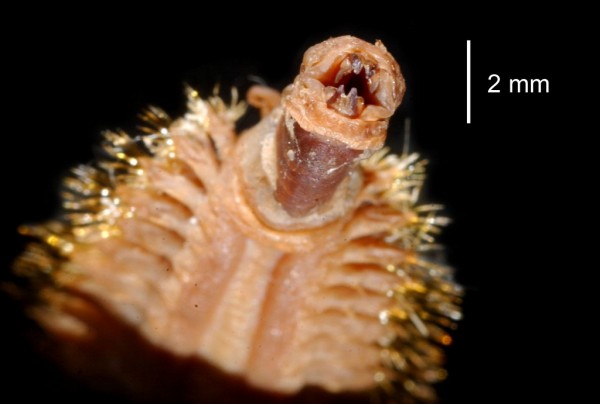 Nasty little bugger, what? And is practically demands game stats. Of course, our version of giant is going to be GIANT!

Giant scale worms are aquatic monsters who sometimes crawl from the salty depths to harass ships traveling through shallow seas, or to attack people in fishing villages that have strayed too near the water's edge at night. When a giant scale worm finds prey, it shoots its jaws out at the end of its reversible throat, allowing it an extra 5-ft. reach. For those not practiced in fighting scale worms, this attack gains a +5 bonus to hit. The jaws are quite powerful, and are capable of crushing weapons and armor. Any time a giant scale worm's attack fails by no more than 2 points, the target must pass a Reflex save or the worm's attack is treated as a sundering attack against their equipment, in the following order: Shield, weapon, armor.  In systems without rules for sundering attack, simply force the target's equipment to pass an item saving throw, or the target to pass a save vs. paralyzation, or be destroyed. 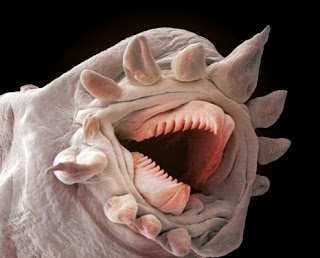 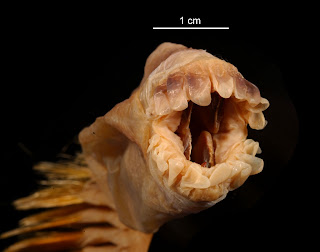