Thinking About Feats in Mystery Men! 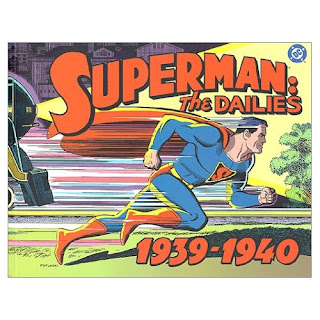 So, one thing to come out of my little play-test of Mystery Men! yesterday was that my "feats" concept had some serious flaws. Essentially, feats in MM! are meant to be a catch-all ability check, skill check, saving throw system. It was inspired by the old "X in 6" method of old school fantasy games and the "roll under your ability" score concept we also used back in the day. The trouble with Mystery Men! is one of scale.

Traditional fantasy games have ability scores ranging from 3 to 18. This encompasses the whole of human experience, with a 3 being fairly pitiful and an 18 being the human maximum. Characters in old school fantasy are either human or close enough to human that a simple X in 6 chance works pretty well. Most folk have a 1 in 6 chance to do things, extraordinary folk knock this up to 2 in 6 or 3 in 6. For ability checks, you can roll 1d20, with pitiful characters having a 15% chance of success and amazing characters a 90% chance of success.

In Mystery Men! you need a system that will handle both Willy Lumpkin and The Hulk. This makes a flat 1 in 6 chance a problem, because the Hulk can do things that Lumpkin does not have a 1 in 6 chance of doing. Likewise with "roll under ability score".

My first instinct was to roll different dice ranges for different types of tasks, trying to roll under an ability score. Initially, I was going to do 1d10 for normal feats (i.e. things a normal person could do with great effort and a bit of luck), 1d20 for heroic feats, 1d20+10 for super feats (things well beyond the capacity of normal human beings) and 1d20+20 for epic feats (things best left to the gods). This meant that Willy Lumpkin, with ability scores probably ranging from 1 to 3, had no chance of performing super or epic feats, and only 10-30% chance of performing normal feats and a 5-15% chance of performing heroic feats. Okay, problem solved.

And then I started playing out the combat. Resisting a power or attack was going to be classed as normal, heroic, super or epic based on the level of the attacker or power user. With Catwoman being 16th level, resisting her attacks and powers would be a super task, and usually beyond the ability of Invisible Woman. A game where a hero or villain always succeeds or always fails against another one is not terribly playable, especially when Invisible Woman and Catwoman were not that far apart in levels.

I could bump the feat bonus a character gets, having it match the character's level. But then level trumps raw ability, and Invisible Woman, with human levels of Strength, can leap over buildings. Not going to work.

Resisting an opponent's powers requires you to meet or beat 5 + your opponent's feat bonus. That would put even 20th level characters in the upper ranges of the heroic level, giving most heroes some chance to resist the powers of their opponents. I'm going to drop the "save vs. attacks" angle, because it's a pain in the rear and easier to just ditch the "instant knockout" idea. This means the more powers you have the lower your level and thus the easier your powers are to resist, and vice versa.

Now, pathetic man, a 1st level hero with an ability score of 1, is rolling 1d10-1, meaning he can't perform heroic feats. I can live with that. Not everyone can be a hero all the time, and if this is a character, he doesn't have a score of 1 in every ability.

Normal woman, a 3rd level hero with an ability score of 3, is rolling 1d10+1, meaning she can perform heroic feats 20% of the time.

Excellent dude, a 6th level hero with an ability score of 6, is rolling 1d10+3, meaning he can perform heroic feats 40% of the time.

Maxi-Man, a 20th level hero with an ability score of 30, is rolling 1d10+18. He cannot fail at heroic or super feats, and he performs epic feats 80% of the time. Since this character represents the absolute pinnacle, I think I'm okay with this.

I might also add an optional rule wherein a roll of "1" always introduces a complication to the situation - i.e. you leap over the building, but land on the mayor's car or crash through the street on the other side. That way, Maxi-Man still has to roll for heroic and super feats, and though he'll always succeed, the Referee can introduce a complication of some kind 10% of the time.

I'm open to suggestions on this one - what do you think?

Picture taken from Amazon. I just finished reading Superman: The Dailies, 1939-1940, and it was great.
Posted by John Matthew Stater at 1:40 PM