Happy Anniversary to Me! (And a Magic Item) 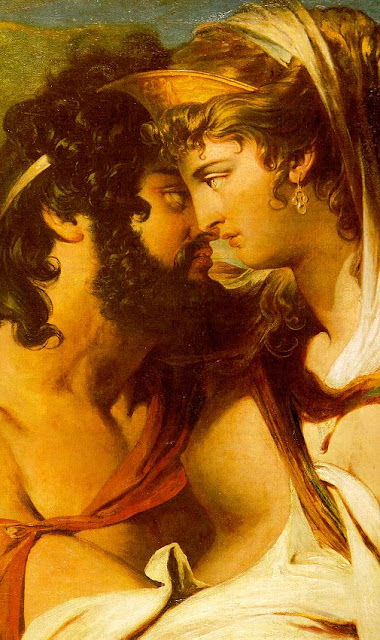 No, not a blog anniversary. That's in March sometime. A wedding anniversary. Number 17, in fact. If you enjoy all the nonsense I post on this blog and publish through Lulu, join me in thanking my wife, Wendy, for her support and tolerance of this very geeky, often time-consuming hobby of ours. About a decade or so ago, I had put my RPG days behind me. When some friends invited me to play some of the new D-n-D (I was so far out of the hobby that I didn't know TSR was gone and a new version of the game in the works), I was hesitant. My wife thought I should go play with my friends. Ultimately, this led me to the new old versions of the game and convinced me I should give blogging a try. That led to the publishing and a new facet of my life - just in time for a very geeky mid-life crisis, I guess. So, this is to my bride of 17 years - I hope for countless happy years to come, but with her I'm ready for anything the world can throw at me. Except maybe rabid badgers shot out of a bazooka - who could really be ready for that?

Golden Bands of Bonding: These two golden rings are plain and unadorned. When slipped on the fingers of two people in love, they act as rings of protection +1. When the people hold hands, they create protection from evil, 10' radius and sanctuary effects. When apart, the rings allow the wearers to know the general state of well-being of the other. If one is in mortal danger, the rings allow the mate to call them (as a summoning spell) to their present location. This drains the remaining magic in the rings, and they become ordinary rings thereafter. If one of the ring wearers is killed, the mate can instead use this magic to summon the person's killer.
Posted by John Matthew Stater at 7:10 AM