So you've decided to freak your players out and really test their mettle (and I mean their mettle, not their characters' imaginary mettle). You need to know what your bogeyman looks like - here are some ideas.

Body-wise, you have three categories you might work in: 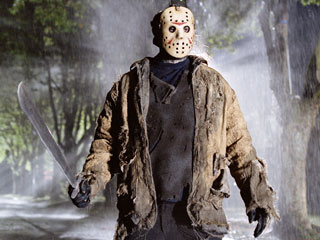 HUMANOID: This is probably the bogeyman most often used in horror movies, be it Jason, Freddie, etc. The humanoid bogeyman can look like virtually anything, and be as drab and mundane or hellish and frightening as you like. Bogeymen without faces (again, Jason comes to mind). The bogeyman can be completely silent (often unnerving) or can bark out a few words and taunts.

A humanoid bogeyman can be particularly effective because the form gives the players a shot of false confidence right from the get-go - it looks human, so we should be able to chop it (or fireball it) like a human. 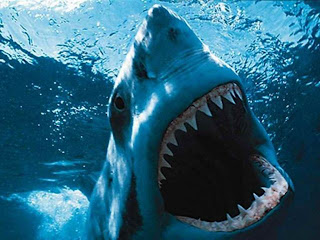 MONSTROUS: A monstrous bogeyman probably looks challenging (or even unbeatable) as soon as it is encountered. It is usually big - the size difference between it and its victims being a key aspect in the fear is causes them - and might be scaled, hairy, etc. It's natural weapons are probably impressive, or perhaps it holds a large sword or axe. The monstrous bogeyman might look like an undead, but it should not technically be "undead" - you don't want a cleric spoiling the encounter with a lucky turn undead roll. Maybe the monstrous bogeyman looks like it belongs to the wilderness in which it is encountered, something akin to Swamp Thing or Man-Thing or the Heap. To be most effective, the monstrous bogeyman should probably attack without warning - the adventurers are walking through the woods and BOOM, it's there and charging. The humanoid bogeyman might be more effective if first seen from far away, as though waiting for the adventurers to approach. The monstrous bogeyman, on the other hand, should be about the noise and confusion - Jaws might be the best way to describe it. 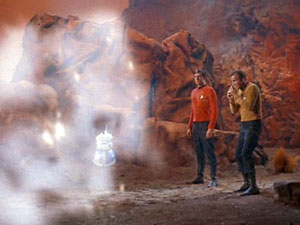 FORMLESS: When I think about the "formless" bogeyman, my mind first goes to the cloud monster in "Obsession", a second season episode of Star Trek. The formless bogeyman lack of form presents a particular challenge to adventurers, as it renders physical weapons obviously ineffective - it is also harder to wrap one's head around - no face to read (well, that applies to many humanoid bogeymen as well) - nothing physical to get a grip on. Formless bogeymen can also be shimmering curtains of energy or invisible psychic vampires - perhaps only a sound or smell announces their presence.

Whatever the form the bogeyman takes, its motives should, at first, be inscrutable. Like the trucker in Duel, it simply appears and presents itself as implacably hostile to the adventurers. It is an obstacle they cannot avoid and must deal with, and to deal with it, they're going to have to be creative.

Next, I'll get into the specifics of the bogeyman's powers and vulnerabilities.
Posted by John Matthew Stater at 12:39 PM