Last time, I talked about what a bogeyman might look like. Today, I promised to talk about the bogeyman's powers, but first I need to touch on motivation.

Why has the bogeyman shown up to harry the adventurers? I mean, other than because it makes for an interesting sub-campaign. Here are a few ideas - and they might be important, because the way to defeat a bogeyman might involve delving into its history.

- The bogeyman is killing to survive, i.e. a hunter

- The bogeyman likes to kill, i.e. a murderer

- The bogeyman was sent (or conjured) by an enemy

- The bogeyman wants revenge - maybe on the adventurers in particular, or on society in general

What powers does the bogeyman bring to the table? Here's where it gets tricky.

The bogeyman's stats should be commensurate to the power of the adventurers it is challenging. If the PCs are all 8th level, then the bogeyman needs enough Hit Dice, a high enough Armor Class and the ability to deal enough damage to challenge the 8th level party. If underpowered, the bogeyman becomes a strange annoyance, not a terrible menace. If too powerful, the bogeyman will wipe out the adventurers before they can embark on the quest to figure out what/who it is, what it wants and how to destroy it.

In general, I'd give it two more Hit Dice than the party average - thus 10 HD for an 8th level party. Give it an Armor Class about four points higher (or lower depending on the system) than the party's second best fighter can hit regularly. I know this is vague - so in Blood & Treasure terms, if you're second best fighter has an attack bonus of +4, has a strength bonus of +1 and is wielding a +1 sword, then she has a total attack bonus of +6. On an average d20 roll, she'll hit an AC of 16 about 50% of the time. So, maybe give the bogeyman an AC of 18 - hard enough to hit to give him some staying power against the adventurers, but not so impossible to hit that he cannot be defeated - remember, he must be defeated in that first combat to launch the quest to figure him out.

The bogeyman can have whatever powers make sense for its form, but keep in mind that the bogeyman should have some sort of fear effect - an aura, a gaze, etc. A bogeyman is almost made of fear, so a fear power just makes sense.

Now - how about those immunities?

There are two tacks you can use here - we'll call them the Jason Concept and the Doomsday Concept. 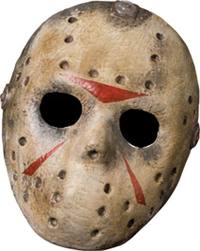 In the Jason Concept, you have a bogeyman that can apparently be killed ... but which always returns to fight again. A bogeyman like this shouldn't have any obvious immunities (or at least not many) - it takes damage and falls, and then comes back again and again and again. There is no rule for this - no need to specify a regeneration ability. This is campaign stuff, not monster stuff. You might want to vary the bogeyman's return time - i.e.

The Jason Concept works on the attrition model - he's slowly wearing down the adventurers, depleting their resources and making them more and more vulnerable until he starts eliminating them one by one. 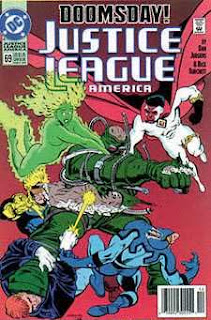 In the Doomsday Concept, you have a bogeyman that simply cannot be hurt - except by its killing ritual. This concept is more dangerous, because it means you're going to lose party members until they realize they have to run. You might want to limit the damage output of a Doomsday or make sure it is slow moving enough that it can, at least initially, be escaped. With a Doomsday, it needs to have a high magic resistance, immunity or resistance to most energies, only hit by magic weapons, etc. It should probably also have a regeneration ability - either like a trolls (so it's always regenerating), or one that kicks in when it seems to have been killed. The idea here isn't to fight a war of attrition with this thing, but rather to have to retreat, regroup and come up with a new plan.

Whichever concept you're using, you're skating on thin ice with a group of players who really hate character death.  If you're playing a system where it is assumed that any obstacle/challenge can be overcome, you run the risk of players who are going to feel cheated. If you have players like this, you'll probably want to use the Jason Concept - a foe they can defeat, but who keeps coming back.

Tomorrow - Killing Rituals and how to discover them.