Merry Christmas from the Land of Nod! 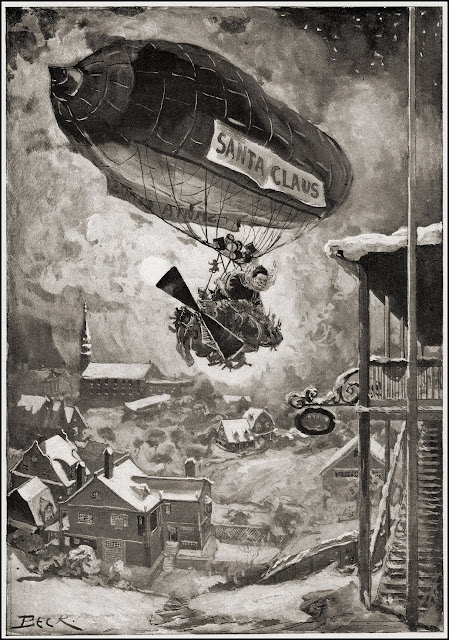 Nothing geek or game related. Just a wish for a Merry Christmas to all within the sight of my pixels!

(Well, okay, the Santa image to the right is kinda steampunk, so I guess there's  a little something geek related).

(And I said pixels, and that's a bit geeky.)

FLYING REINDEER
Flying reindeers are more than just magical beasts - they are cherished creatures of the forces of Law. They appear as large, handsome reindeer with a golden tinge to their fur and a crystalline sheen to their antlers. They are uncommonly intelligent and immensely patient, though they fly into battle with creatures of chaos at the drop of a hat. The most famous of the flying reindeer are part of the team used by Saint Nicholas to make his one-per-year trip around the world to deliver gifts and tokens to all the Lawful boys and girls in the world.

Flying reindeer are capable of using the following spells: At will - detect evil, sanctuary; 3/day - haste; 1/day - time stop. They are always under the effect of a protection from evil 10-ft radius spell.