Sorry for the delay in getting this baby out - work has been crazy busy for the past couple weeks (in a good way, but tiring nonetheless). 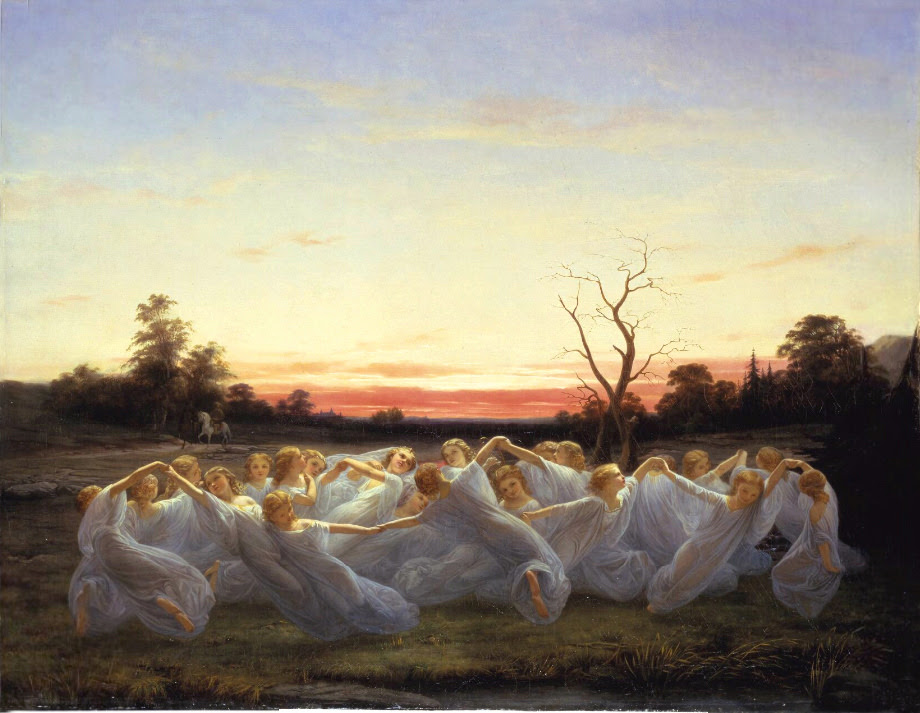 Ghost: Ghosts are thick in fairy tales, and can be modeled after the incorporeal undead of D&D, such as the wraith and spectre. They need not be wicked, of course, nor intent on draining energy, though they oft times find mischief irresistible.

Giant Animals: Though not all animals in fairy tales are giant (in fact, few are), giant animals still make excellent monsters in fairy tale games. Naturally, they are all at least dimly intelligent and capable of speech. Giant eagles, goats, owls, snakes and spiders all play their part in a game of Mother Goose & Goblins. 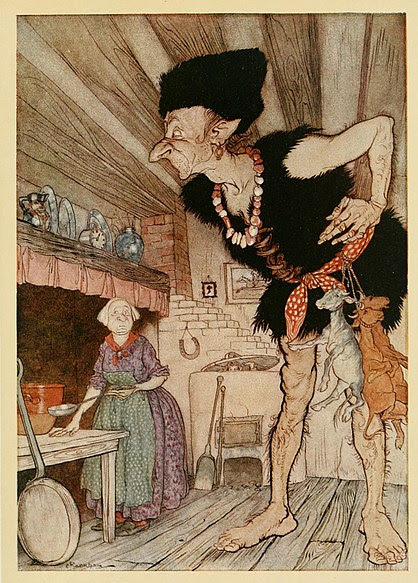 Giants: The most appropriate races of giants for fairy tale gaming are, of course, the infamous cloud giant (sniffer of the blood of Englishmen) and the loutish hill giant. Some fairy tale hill giants can grow exceptionally large (although they are rarely seen), and can, to keep things simple, be referred to as mountain giants (double or triple the size and hit dice of a hill giant, add one dice of damage for double-sized giants and two for triple-sized giants. Cloud giants are not especially brilliant, but they are all magic-users of some renown, but hill and mountain giants are utter dopes.

A variation on the hill giant is the green giant, who has extraordinary intelligence and wondrous powers of illusion. These fellows dress in the manner of knights, and enjoy sending princes on quests.

The ettin, more commonly referred to as a two-headed giant, is also a frequent visitor to Fairyland, as is his cousin, the three-headed giant (+1 HD).

Goblin: Goblins are as thick as flies on the borders of Fairyland, and loom large in many legends. As in D&D, they are ne'er-do-wells who delight in torment and trouble, and generally conform to the normal rules for goblins (or even kobolds). When encountered in their lair, there is a 1 in 20 chance that adventurers will have stumbled upon a goblin market, where fey of all stripes trade wondrous goods and might even trade with the adventurers, if they dare. Goblins either serve the court of clubs (evil) or diamonds (evil). 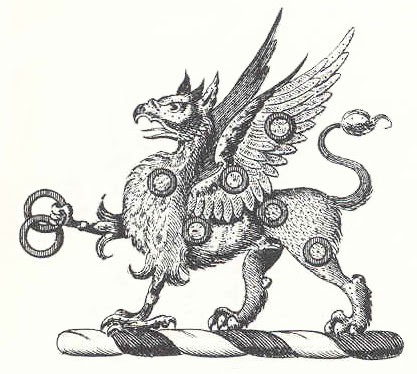 Griffon: Griffons reside in the mountains of Fairyland, preening their feathers and grooming their tawny fur in the sun. They are creatures of terrible nobility, and are not to be trifled with by inexperienced adventurers. The greatest princes might make them their mounts, if they can be subdued (per the rule for dragons). Griffons serve the court of diamonds, and are always prideful.

Hobyah: Hobyahs are just hobgoblins by another name - and might also be called hobs. They are not always as wicked as their counterparts in D&D, and some serve in the manors of less savory princes as foresters and rat catchers. They have warty hides, bulbous noses and grim expressions. Hobyahs serve the court of spades.

Hydra: The hydra, or three-/five-/or seven-headed dragon as it is more often labeled, appears in a few fairy tales, filling the same basic role as the dragon. Pyrohydras are not uncommon in Fairyland. Hydras, like dragons, serve the court of diamonds (evil).

Leprechaun: Leprechauns are fairy cobblers, and members of the fey proletariat, as it were. As in popular myth, they hide their gold in pots that can only be found by following rainbows, but those who steal a leprechaun treasure will find themselves hunted for all their days by the vengeful fey and their kin. Unfortunately, 1 in 20 pots of gold actually contains brightly dyed foodstuffs. Leprechauns can be found in the AD&D Monster Manual, but might also be modeled after halfling who must grant three wishes to those who catch them. If this be used, allow the leprechaun to roll their initiative on 2d4, and double their movement rate. Leprechauns serve the court of spades.

Merchant: Human merchants loom large in many fairy tales, and can be modeled after the trader of D&D or the merchants of AD&D. They are usually encountered with a wagon of goods, or with a pack mule, and often have a beautiful and innocent daughter they've left at home with her stepmother. Merchants can sometimes (1 in 6) speak the language of the fey, as such merchants have had truck with those folk, and know some of their secrets. Merchants serve the court of diamonds. 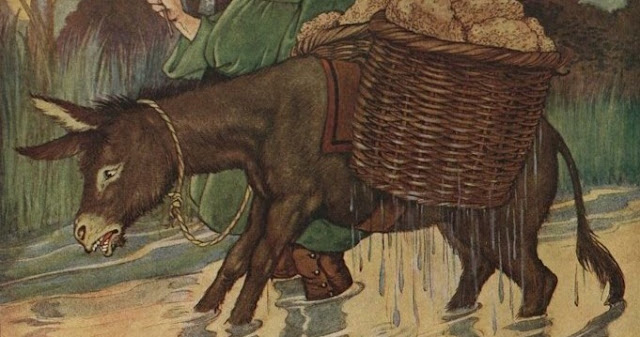