Moving Feasts and Undead Assembly Lines - A Glimpse at Malebolge

I'm finishing up my rough draft of Malebolge tonight, and starting Cocytus tomorrow. Here are three encounters from Malebolge, a land of volcanic mountains and hidden valley kingdoms of demon lords and arch-devils.

55.58 The Moving Feast: Terraced, ashen hillsides here are connected by broad, stone steps carved by ancient duergar slaves. The heads of the slaves are preserved here in wax, and are affixed to iron stakes that line the stairs. The stairs lead up to a platform that bears the bloody remnants of some great feast; it is a terrible carnage of humanoid and animal bones, flesh and sinew, that rises up in a distorted parody of life to attack those who approach. The basalt wall behind then feast is an illusion; behind it, one finds the temple-fortress of a giant god of carnage and death. 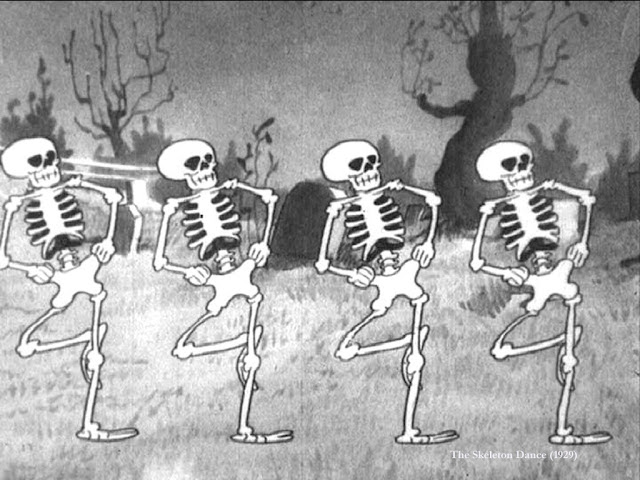 56.48 Undead Assembly Line: Fiery crabmen are roasting corpses over long trenches of flaming blue gas, part of a process of turning zombies into exploding bones (a type of animated skeleton). A long procession of the revenants are marching into the flames; while standing in line, they receive glyphs on their shoulders, hands, foreheads, feet and small of back (like evil tramp stamps!) from a gaggle of lesser necromancers (level 1d3+3). When they emerge from the fires, they look like brightly painted skeletons (not unlike those seen in Mexico’s Day of the Dead celebration) and are marched to the palace of Orobas where they are used as an outer picket of suicide guards.

59.62 City of Ten Thousand Devils: The owl-headed arch-devil Andras dwells here in his grand city of monasteries. The city has grand walls of dark granite that form a wide circle (3 miles in diameter) and are lined by leering gargoyles (some are monsters, some statues). The city has three gates, each one in the shape of a pentagram and alive with dazzling lights. A causeway passes up and through the star, subjecting travelers to a cascade of colors that affect them per a color spray unless they curtain has been deactivated by one of the guardians of these gates, a shining child surrounded in a 60-ft radius aura of blinding light (save or blindness for 1 hour).
Posted by John Matthew Stater at 8:21 PM