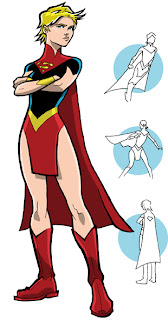 The last year has been a fun one form me, filled with new experiences - blogging, publishing, being published and running a patronage project. Well, the last of those experiences is in its final hours - 33 hours as I write this. I again want to thank everyone who has signed on as a Silver Age or Golden Age patron, including our three newest Golden Agers, Doc Grognard, Brian Blakley and Johnny Splendor. The project is now funded up to $290, which should net us some nice art for Mystery Men! I'm also happy to announce that Pierre Villeneuve, who draws golden age heroes for the Flashback Universe, has opened his library to the project as well. Of course, if you'd like to slip into the project under the wire, you can still go HERE to become a patron.

Once the Kickstarter project is officially closed tomorrow I will be sending out ballots on which heroes are to be illustrated by Joel Carroll (that's one of his pieces at the top of the post). When all the ballots are in and the money is sent to me (Kickstarter says that the money transfer takes a couple weeks) I will make the official commission with Joel and then dive head first into the Mystery Men! rules.

For the last update, I now give you the final batch of heroes seeking an illustration. I call this final batch "Everybody Else", because it includes, well, everybody who didn't fit into a category I already posted but was so awesome (read "bizarre") that I had to post them.

Okay, I love the Venture Brothers and Tick franchises, and definitely have a soft spot for goofy hero concepts and names. Barry Kuda takes the cake! Honestly, he's Aquaman with a sillier name, and for this, I love him. 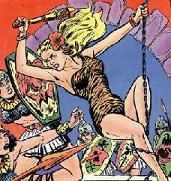 Carol is orphaned after an attack on her parents. An eagle carries her to the Dawn Land, where she is raised by wolves and eventually becomes the leader of the pack. 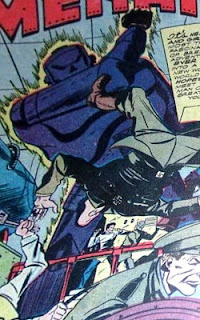 Mekano is a robot invented by young scientist Bill Foster. He is stolen by the Nazis, but beats the crap out of them and returns to his creator to be used a tool of justice. Every comic book game needs at least one kick-ass robot. 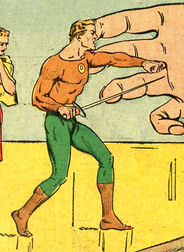 Minimidget and his sidekick and girlfriend, Ritty, are the victim of a shrink ray. They fight crime using miniature cars and airplanes, and Minimidget uses a tiny sword and rides a rabbit named Bucky. The toy line just creates itself! 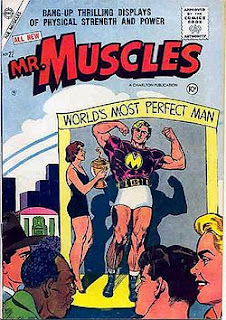 Brett Carson has super strength and two sidekicks, Kid Muscles and Miss Muscles, and frankly was just so creepy I had to put him in the mix. 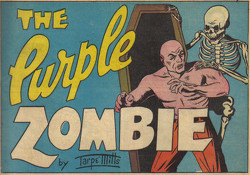 I think part of the beauty of the Golden Age of comics is that it was a Golden Age - there was so much demand for comic books that just about any idea, no matter how odd, might make it into print. Hence - the Purple Zombie, controlled by one of his creators, Dr. Hale, he is used to fight crime.

The Red Panther protects the people of Africa (a large area to protect) from those who would prey on them. Getting his costume from a tribal chief, it is the skin of a mythical red panther, and by wearing it he becomes the panther's representative on Earth.

[Correction - I originally thought he was the son of a tribal chief, and thus an African hero. From looking at a couple comics, it now appears he is a white guy doing the Tarzan bit. Somewhat disappointing, but I think he could easily be re-created as an African hero).

A taxi driver (real name unknown), he gains the power of the Silver Streak after being hypnotized by a swami who is into building race cars. Oh yeah, he also has a secret fluid in his blood that lets him defy gravity. The Venture Bros. have nothing on the Golden Age of comics. 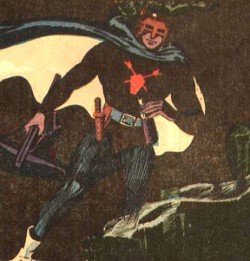 Jon Dart, newspaper editor, fights crime as Swiftarrow. I like this guys dark look and the fact that he uses a crossbow instead of the traditional bow.
Posted by John Matthew Stater at 10:17 AM