Rather than post some locations, I thought I'd post the draft for my description of the first circle of Hell, Asphodel.

Asphodel
The First Circle of Hell 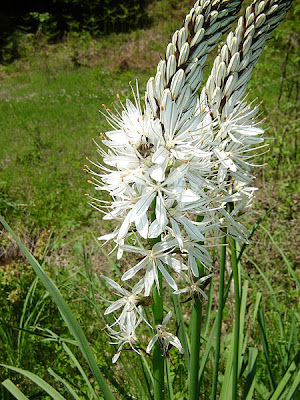 Once one has crossed the Acheron, they see looming above them a wall greater and more hopeless than any other in the cosmos. Hell, you will remember, is a prison and the demons and devils within Hell prisoners. The walls are composed of impossibly thick stones, and thus for all intents and purposes impossible to bore through or knock down. The walls are also proof against ethereal creatures and the passwall spell. Within Hell, it is impossible to teleport or open dimension doors or gates to anywhere outside of the confines of Hell.

The key point about the cannons is that they point inward, not outward. Likewise, the demons on the parapets do not resist people flying into Hell – only people trying to fly out. For those attempting an escape, assume that every mile of the wall is patrolled by 1d4 squads of barbed devils (i.e. 1d4 x 10 barbed devils) and one cannon. When one section of the wall is "attacked", barbed devils from nearby sections quickly join the fight. Fortunately, the barbed devils that guard the walls of Hell are prisoners themselves, and thus cannot go beyond the walls to chase down escapees. The gods of Law and the masters of Hell use other resources to deal escaped shades.

Most escape attempts are aimed at the Hellmouth, or Gates of Hell. The gate is unimpressive on the exterior wall – an arched portal 40 feet tall and 25 feet wide barred by a portcullis that, like the walls, is proof against ethereal creatures. The bars are 6 inches thick and made of adamant, and thus quite difficult to bend. The 80 foot tunnel beyond the front portcullis has another adamant portcullis located every 20 feet. All of these are operated by barbed demons looking down from chambers constructed around the tunnel via arrow slits. Murder holes abound, through which the demons pour such things as molten lead, acid and boiling oil. Arrow slits located about 20 feet above the floor allow them to rain arrows on those who are attempting to force their way through.

On the interior wall of Hell, the gate is more heavily defended, situated as it is between two 500-ft tall towers pierced by numerous arrow slits. Each tower is manned by three companies of barbed devils. The terrible hound Cerberus stands guard just outside the inner portcullis.


Beyond the walls of Hell, Asphodel is a wide-open, undulating savannah of long, gray-green grasses, thorny, twisted trees and tiny white flowers called asphodels, the circle’s namesake. The plains are roamed by a variety of demonic humanoids and animals in a sort of parody of Africa’s savannah. Many fortresses and even cities dot the savannah, where the lords and dukes of Hell hold court.

There is no Sun in Hell, of course, but the whole of Asphodel is swathed in a twilight gloaming, allowing creatures to see about 1 mile away, double for creatures with “darkvision”. The air of Asphodel is unnaturally still and almost suffocating in its stillness. There is no wind to move the grasses or bend the boughs of the prickly trees, and the range of wind-related magic on Asphodel is cut in half. Storms cannot be raised here nor lightning called.

Races of Asphodel
Asphodel, like most of the other circles of Hell, is not only inhabited by pitchfork-carrying devils and their victims. Four races known to people of the surface world dwell in Asphodel, though these races have been changed by their habitation in Hell.

Asphodelian Gnoll: The gnolls of Asphodel are tall and thin, with greenish hair spotted with black and glaring white eyes. They arm themselves with spears, ring armor and large, round shields. The Asphodelian gnoll utters an insane, demonic laughter while fighting, forcing people to pass a saving throw after three rounds of combat or become so unnerved that they suffer a -2 penalty to fight.

Asphodelian Goblin: The goblins of Asphodel have rear legs like those of a grasshopper. They have mottled blue skin and long fangs jutting down from behind their upper lips. These goblins carry spiked maces and wear leather armor. Their touch causes people to revert in age by one year unless they pass a saving throw.

Asphodelian Halfling: Asphodelian halflings are willowy and relatively tall for their race. They have spidery arms and legs and droopy eyes, like those of opium eaters, on small heads with beetle-brows and pronounced overbites. The halflings are bald and have four gleaming white eyes spaced evenly around their heads, making it impossible to surprise them. They arm themselves with barbed nets and whips, dropping from trees to capture travelers.

Asphodelian Hobgoblin: Asphodelian hobgoblins are squat, apelike creatures always encased in black lacquered platemail and gripping their beloved axes and blunderbusses. They are deeply paranoid creatures, positive that everyone and everything is out to get them, and this makes them even more militant than usual for hobgoblins.