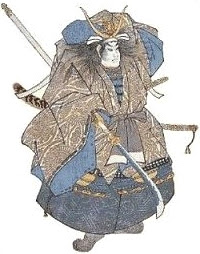 The fun of randomizing hex contents is, of course, that I don't know what's going to pop up and I have to try to make it fit (or delete it and pretend it didn't come up). In this case - surprise, there's a city in the high mountains!

0322. Pantung is an outpost city-state of 12,375 souls constructed between three dormant volcanoes. The clever engineers of Pantung have dug into the volcanoes, constructing large vents from which pour air and water warmed within the volcanoes. This has made the valley of Pantung warm all year around, despite being located at such a high elevation. The borders of the kingdom are protected by walls of ice that slowly melt and are re-built through the year.

The city-state itself is constructed on a radial pattern. The buildings are made of thick, cream-colored stone, much of it excavated from the aforementioned vents. Doors in the city-state are barred at night, for the citizenry fear the hobgoblins and yeti of the mountains. The city’s wall is 30 feet tall and has four large tower keeps protecting it. Each 1,000 foot section of the wall (there are 16 such sections) and the battlements of each tower are patrolled by 1d6+6 handgunners accompanied by a sergeant-at-arms and possibly (10% chance) a low level shugenja. Each tower has a number of war engines that launch flights of iron war rockets. Three paved roads lead from the city state, one into Tsanjan, the other two into Mu-Pan. These roads are lined by asters ranging in color from white to golden yellow to bright purple.

The primary business of Pantung is copper mining (the city-state has small mines up to 3 hexes away) and banditry. During the winter months, dozens of bandit gangs retreat into the mountains to stay in Pantung, bringing rich tributes of coins and slaves to the nu-gong. The bandit chiefs are treated as visiting royalty. The bandits never prey on the citizenry, who appreciate their bawdy tales and ample coin. The fields around Pantung support cherry and plum orchards and grazing for a breed of rugged mountain pony. The primary coin of Pantung is made of bronze (i.e. copper piece), and the average earnings of a commoner is about 2 cp per day.

Pantung is ruled by Nu-Gong Oonichay, a respected shugenja with ties to the black magicians of Tsanjan. She is assisted by a cabal of 4 noble houses, each headed by a master alchemist. Oonichay is a calculating and domineering. She has pale skin, hazel eyes and dark, brown hair that is bobbed short. Oonichay is an accomplished dancer (she was brought into Pantung as a dancing girl for the former gong). She has a small-featured, delicate face that never betrays her thoughts. She wears a cloak of gray and black vulture feathers (from the bearded vulture of the Tsanjan Plateau). Her palace is in the city-state’s center, surrounded by the legendary fruit market. The palace dungeon is a thing of legend.

The city-state’s alchemists are respected (and, to some extent, despised) throughout Mu-Pan. They put most of their efforts into discovering the elixir of life, but also produce copious amounts of black powder (mostly to fuel the iron war rockets and handguns that protect the city from invasion)

Pantung’s patron deity is Roon, the god of going. Roon’s grand temple is overseen by 10 female nsiain (Mu-Panese druids) and 300 lay brothers and sisters, most of them piao-ke (guides, former bandits). The worship of other deities is frowned upon in Pantung, and proselytizing is illegal. The nsiain of Pantung take vows of poverty (though their temple is quite wealthy) and celibacy. The temple’s wealth is used to maintain the roads (and the flowers, the aster is sacred to Roon). Priestesses wear robes of green sackcloth marked by dozens of white hand prints and carry tetsubos. They bleach their palms white. Holy days are observed by the people and priests with pilgrimages to visit shrines (actually noble crypts) in the mountains. The highest virtues preached by Roon’s church are kindness and charity, the most terrible sins blasphemy and envy.

Pantung has a shady tavern located just inside the east gate. The Golden Staff is run by Isekonall, a friendly, optimistic man who hails from the northern steppe and speaks with a thick accent. Most of the crowd in the Golden Staff is shady – bandits and slavers, for the most part. The place is usually crowded and noisy. The plum wine and short beer that Isekonall serves are a bit overpriced for their quality, but the four rooms (actually a loft partitioned with paper screens) are cheap (and mostly occupied, 1 in 6 chance of a room being vacant).

Some of the more interesting folk of Pantung include Newarada, the strinkingly beautiful high priestess of Roon that is really a disguised man (a ninja of the Black Dragon Kingdom who has played the role for over a decade, he is involved in many assassinations), Snomonchond, a flamboyant master alchemist and open heretic (he worships Sol Invictus, whom the Motherlanders call Apollo Helios), Hagravet, the well-connected captain of the guard who keeps company with Snomonchond, Zajinnes, an arrogant master alchemist and rival of Snomonchond who has a family closet full of skeletons and an unhealthy fixation on Hagravet, and Aschansary, a young official implicated in a bribery scandal – she’s had bad luck with former allies and finds it difficult to place her trust in others.