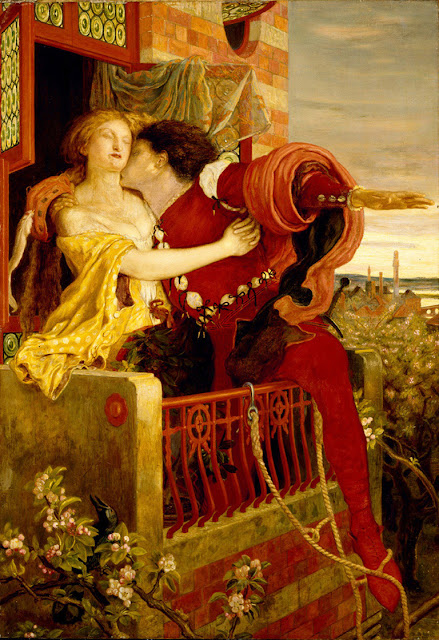 D&D and its many clones is an excellent rule set for exploring dank dungeons and recovering great treasures. Not surprisingly, many folks, inspired by fantasy literature of all stripes, want something more than this. Of course, the old rules don't explicitly support other styles of play, but they don't discourage it either - most simply require more interaction between the Referee and players outside the rules, or perhaps a tweaking of the rules (i.e. use find secret doors rules to find clues, such as the blood stains on the hem of the countess's dress - perhaps she killed the archduke!)

That being said, I think what some players, especially players who approach the game as less of a game and more of a mutual imagination society, want is character development. John Carter wasn't just a guy running around killing martians - he was driven by his love for Dejah Thoris. Emotional goals can be difficult to model in a game that is driven by the primary reward of experience points, which are typically earned by slaying monsters and finding treasure. For some, the answer is "story awards", which work well with a group of very like-minded players, but story awards can be off-putting to folks who just want to play the core game concept (i.e. "I don't want to explore Rogar's childhood, I want to see what's beyond that glowing portal - I'm only 10,000 gp away from a down payment on my castle!)

The following ideas attempt to reconcile these disparate play styles, creating an environment where players who want to develop their character's fantasy lives a bit more can do so without requiring solo play or forcing them to either forgo earning XP along with the others, or giving them bonus XP that will make the others a bit jealous. The system is just a thumbnail, really, and it is completely untested. Think of it as a notion and set of guidelines more than a fully realized set of rules.

Personal Quests
Personal quests are designed to test a character emotionally. In essence, it shifts their play rewards, for a time, from the traditional means of gaining XP to an alternative method of gaining XP. These personal quests are meant to work alongside normal play, though they will, of course, disrupt it to some extent - the player who wants to send his character on a personal quest should first discuss it with the other players, and of course, with the Referee, and get their buy in.

The basic structure of a personal quest is as follows:

Character declares he is undertaking a personal quest

While on the quest, the character earns no XP for normal adventuring, but rather earns XP for accomplishing the quest

Failure means a loss of ability score points and XP

There are three types of Personal Quests (though I'm sure others could devise other quests): Quests of the Heart, Tests of Faith and Quests of the Mind.

A quest of the heart involves a man becoming cognizant of the most desirable woman in the city/kingdom/world, etc. He decides that he loves her, and more importantly decides that he must make her love him.

Step Zero: The Referee must create a desirable woman as an NPC. She should be beautiful, physically, mentally and spiritually - we're talking Cyrano and Roxanne here, not the playmate of the month (though I don't know any playmates personally, so I really shouldn't comment on their mental and spiritual beauty).

Step One: The man must introduce himself to the woman. Of course, there are any number of ways to do this, depending on the woman's station in life. This shouldn't be entirely easy, and while it may be a quick solo move by the character, it could also involve him getting help from his friends or from friendly NPCs. This can be as debonair or devil-may-care as the player wants, but on some level it should be romantic.

Once the man has made his introduction, he must declare (perhaps before witnesses, perhaps before the woman alone) that he loves her and will earn her love in return within the span of one year and one day. The woman will regard this proposal somewhat coolly - after all, if she melts into his arms now, there isn't much point to the quest, and a woman worth having should be hard to get - but will show at least some interest. In return, she will place her hands on his cheeks and whisper to him a geas (per the spell) that will govern his actions during his quest. The geas can be as whimsical or cruel as the Referee thinks is appropriate for the woman he has created.

The potential loss of charisma points represents the suitor's broken heart. Failing to gain the love of his love, life becomes a dark, dreary, pointless place, and he finds it difficult to carry on around others. Life loses its luster and flavor. Ability score points lost on a personal quest cannot be restored - not even with wishes. The player chose to risk them, and there should be no avenue to mitigate this risk.

Step Three: While on his personal quest, the suitor earns no experience points from normal adventuring (i.e. monsters and treasure). He does, however, earn XP for completing his quest, as follows:

Step Four: The quest is completed when the suitor earns from the woman he loves a kiss of true love (see The Princess Bride if you're fuzzy on this concept). At least some of this quest involves acting on the part of the player and referee - if this makes either uncomfortable, then a personal quest of this kind is not going to work. Of course, since this is a game, there are also some measurable aspects to the quest - this is heroic fantasy, of course.

The suitor must complete at least three tasks/sacrifices to win his lady's love:

One of these tasks is the giving of a wondrous gift. Wondrous does not necessarily mean valuable, though if it does, the value should be no less than a fifth of the XP value of the quest in gold pieces (thus 20,000 gp for the most desirable woman in the world). If a gift holds a deep meaning, it need not carry any monetary value at all.

Another task is a test of wits. The player must write a love sonnet (no copying!). The sonnet must be delivered, in character, at the gaming table and must be judged by those assembled. Hey - love hurts, folks, and we aren't talking hit point damage here.

The final test is one of the body - risking death for the hand of your beloved. This, of course, sis more in line with traditional D&D, save your risking it all for a woman's heart than a box of coins. The final test must be meaningful to the woman - rescuing her father, who was lost at sea, finding her long lost brother, who might be a bandit in the hills, recovering her family's magic sword from a dragon's horde, restoring her mother to her rightful place as queen, venturing into the underworld to bring his love back after she was poisoned by a jealous rival. The difficulty of the quest should be commensurate with the level of the character's involved - a 12th level lord shouldn't get off easy just because he's "only" trying to woo the most desirable woman in his manorial village.

If these tasks have been completed successfully (with the help of the others in the party, of course, but the key player must always try to take the lead) and the role playing has been good, the player may return to his love and again pledge himself to her on bended knee. If she kisses him, he is hers and she is his and true love triumphs. The successful suitor earns the XP, increases his charisma by half as much as he risked (max score of 18), and the character now has a very concrete connection to the game world. If he should ever lose his love, he loses those charisma points earned and wagered and loses the XP earned on the quest - once John Carter wins Dejah Thoris' heart, he is forever bound to her, after all.

Tomorrow ... The Test of Faith

Posted by John Matthew Stater at 9:05 AM