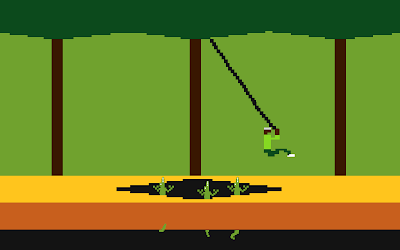 I love new classes for games – anyone who reads the blog knows this, but I have to qualify that statement. I love new classes that excite the imagination. Not because they have kickass new powers – though sometimes because somebody finds a clever way to spin an old rule or concept – but because they scratch a certain itch for some archetype – and maybe even an archetype I didn’t know I wanted to play. I’m a big fan of basing a new class on a character, rather than a general occupational concept, much as the AD&D ranger is really just an Aragorn (and I wish they could have called it that – far cooler to say “I’m a chaotic good 8th level Aragorn”).

I’ve done this several times now – the she-devil is Red Sonja, the puritan is Solomon Kane and the beastmaster is Tarzan – using the character as a basis for the class (and throwing in some weird specifics, to me, is fun – i.e. the way rangers can use crystal balls), but going a bit further afield when necessary. With this in mind, I present …

The Tomb Raider
Tomb raiders distinguish themselves from common thieves and plunderers by their mental faculties. In many ways, they are sages who have abandoned the staid and safe halls of learning for the field, venturing out into the wilderness to discover firsthand the secrets of the ancients.

Tomb raiders are well-educated men and women, and are capable of using the same legend lore ability that bards possess.

Although they are not as practiced as thieves with robbing the living, they do have a great deal of experience at avoiding traps left to guard the dead, and enjoy a +2 bonus to save against the effects of traps, mundane and magical.

Tomb raiders have learned from experience the value of two particular weapon/tools to their chosen profession – the whip and the quarterstaff. When employing these weapons, a tomb raider enjoys not only a +1 bonus to attack, but also a +2 bonus on task checks when using those weapons, such as attempting to vault over a chasm using a quarterstaff or slam a door closed using a whip to grab the handle, and with special maneuvers when using the weapon.

Tomb raiders have to finance their activities, but they shy away from pawning objects of historical value. Such items, they believe, belong in libraries, museums or universities. A tomb raider that allows such an important item to be sold or kept for private use is immediately cursed by a quest spell to retrieve that item and see it placed in the hands of the proper academic authorities.

Note: If you don't name your tomb raider after one of the nations or city-states in your campaign, i.e. Greyhawk Jones or Waterdeep Smith, you really aren't getting the full experience this class provides.
Posted by John Matthew Stater at 3:38 PM