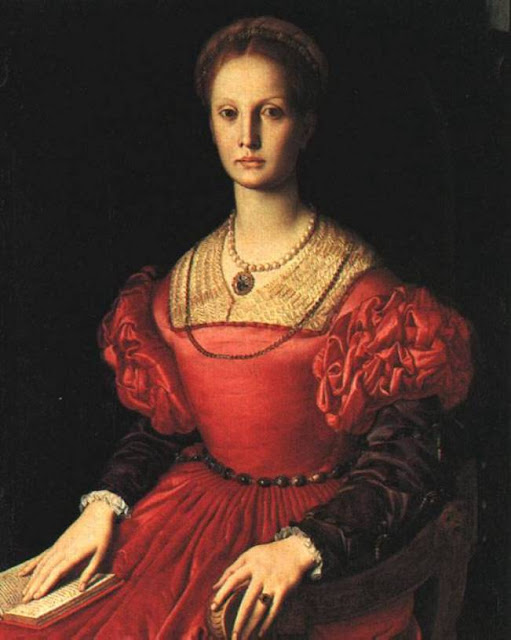 Here's another thought regarding the relative power of nobles. The thinking behind makings kings weaker than border barons is generally sound in terms of "earned experience", which drives the player characters. On the other hand, not all kings are lay-about weenies. Frederick Barbarossa (you can access a scholarly review of his life HERE) and Henry V come to mind, as do Genghis Khan, Julius Caesar, etc. These are the architects of empire, as opposed to the heirs of empire. So - if you're doing your king or duke or count as an architect of a great kingdom or empire, by all means, use the Borderer stats for him or her.

Now for some more samples, using this table as a source for nicknames.

Marquessa Hiertrude the Bounteous, the Blood Marquessa
The Marquessa Hiertrude is mostly known for her large, loving family - six children by her late husband, the Marquis. It is less known that she is a vampire, turned by a foe of her husband. She has since turned her children into her spawn (save the eldest, Hormand, who is in hiding) and is even now preparing to rally the humanoids she once fought and lead them into the heart of Azura's kingdom. Her retinue (also vampire spawn) consists of three men-at-arms, two clarks, her court musician Antonio and two sons of the lesser nobility, Anatole and Freder, who were serving as page boys in her husband's court before she turned them. They are now eternally eleven years old and thoroughly evil.

Count Gudolph the Cunning
Gudolph is a cunning man, though only lightly educated. He knows well that his county lies in the path of the Blood Marquessa, and has been recruiting heavily among the priesthood of the kingdom for the last year, giving generous gifts of land to the church in an attempt to shore up his defenses or, at a minimum, convince Hiertrude to march her armies around his land. His retinue consists of two scribes (lay priests), three men-at-arms and three sergeant-at-arms. All of his bodyguards have been trained and armed to deal with vampires.

Queen Azura I, the Calf
The young Azura has recently assumed the throne after the mysterious death of her mother. She is only 16, but head strong and confident. Faced with signs of rebellion on her borders, she is assembling an army to meet it head on, caring little for the council of her advisers. Her retinue includes four lesser nobles, four sergeants-at-arms (one of them her secret lover) and four scribes doing their best to educate the girl-queen while she scurries about barking orders and managing her new kingdom with gusto. 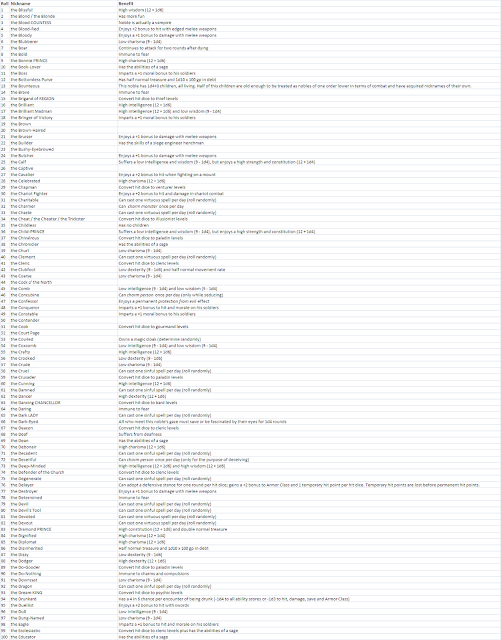 Posted by John Matthew Stater at 9:33 AM