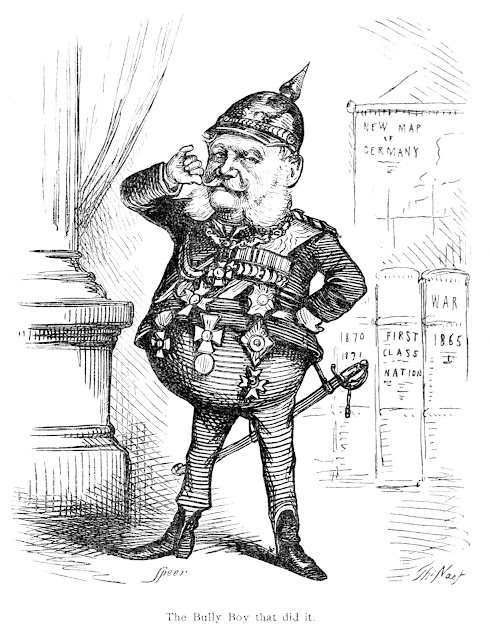 Role playing in the late colonial period. Semi-Victorian gaming - gentleman of fortune, soldiers, daredevils, naturalists, native scouts, jungle guys and gals, etc. - but the game incorporates the competition between the Great Powers, such that the victories and defeats of the PC's translate into victories and defeats by their patron power. You'd have to incorporate competitions of manners, honor, exploration, etc. Inspired as more by the satirical cartoons of the period and adventure fiction than realty. Maybe add some steampunk and occult rules for folks who want that, but otherwise keep it plausible rather than fantastic.

Image from wikipedia.
Posted by John Matthew Stater at 9:42 PM