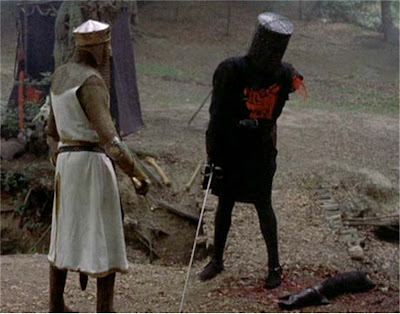 I just wrote up these alternate dying rules for Blood & Treasure. The normal rule is the old fashioned dead at 0 hit points.

ALTERNATE DYING RULES
Some referees (and many players) think death at zero hit points is too harsh and prefer a system that makes dying less common. With those folks in mind, we present this alternate death system. Using this system for most monsters can be a bit of a headache with most monsters, though it might be used for important or unique monsters.

At zero hit points, a character fall unconscious for 1d4 hours. While they are unconscious, they are completely helpless and can be slain by a foe that has the time to slit their throat, stab them in the heart or strangle them with their bare hands. Any amount of healing, either from overnight rest or magic brings them to a conscious state.