Are You Ready for Some Cave Brawl?

This idea sort of popped into my head the other day, so I ran with it ...

Every year, in the Lost Valley of Dinosaurs, the various tribes and clans gather at the ancient stone arena to pay tribute to Ungawa, the Great God of the Valley. This involves a sacred religious observance in the form of a ball game, in which the various factions of the Valley test themselves in the arena, with the losers "passing through the sacred fire" to visit Ungawa in person. Strangely, most folk in the Valley prefer to avoid this particular honor.


The arena is a square pit, about 21 yards wide by 21 yards long and 30 feet deep. Four caves open into this pit. Two serve as the respective goals of the two teams that compete in the game, the other two link to animal pits, just in case Ungawa is feeling a bit squirrely and wants to spice up the game. 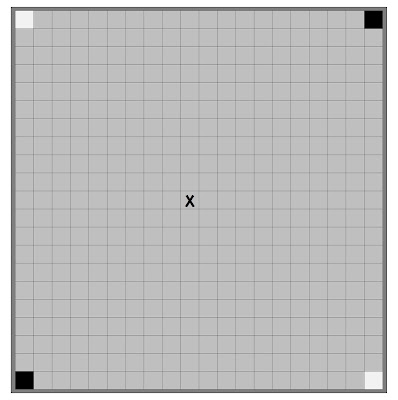 On the board above, the light squares represent the team goals, the black squares the caves to the animal pits.