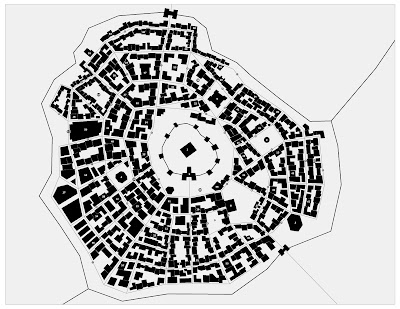 Time to name some streets. I noted them on the map using letters, since writing the names on the streets can be a pain and sometimes the darn things obscure the buildings.

In Yun-Bai-Du, you have the long, circular streets that wind around the divine mountain and then the smaller streets that slope down from the mountain to the outer wall.